A CANCER drug has been found to help ­protect brain cells from the ravages of ­Alzheimer’s disease. 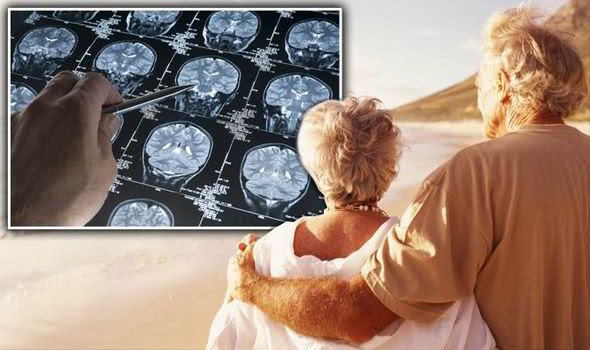 Cancer drug gives new hope in fight against dementia[GETTY]
The discovery comes after ­scientists found that the toxic ­protein long thought to trigger dementia is not the real culprit.
Instead it is another ­protein entirely that sparks the destruction of vital brain connections.
The research paves the way for a treatment using the cancer drug ­nilotinib, which is already taken by patients to tackle a type of leukaemia.
When the culprit protein malfunctions it prevents cells clearing out a build-up of “rubbish” in the brain. Researchers at George­town University Medical Centre in Washington found nilotinib can help force the brain ­connections – called neurons – to clear the build-up.
The research, published online ­yesterday in the journal Molecular ­Neurodegeneration, found that ­neurons are killed when the tau ­protein, which was always known to play a role in the development of Alzheimer’s, fails to function.
Tau’s role is to provide a structure similar to a train track that allows the cells to clear accumulation of unwanted and toxic proteins.
Lead researcher Dr Charbel Moussa said: “When tau is abnormal, these ­proteins, which include amyloid beta, accumulate inside the neurons.
“The cells start to spit the proteins out as best they can so that they ­ cannot exert their toxic effects inside the cell.

“A drug that helps tau do its job ­may help protect against the disease ­progressing.”
The study suggests that it is the remaining amyloid beta protein – long thought to trigger dementia – that is not pushed out which destroys the cells, rather than the plaques that build up outside.
Dr Moussa added: “When tau does not function, the cell cannot remove the garbage, which at that point includes amyloid beta as well as ­ tangles of non-functioning tau, and the cell dies.
“The amyloid beta released from the dead neuron then sticks to the plaque that had been forming.”
When tau was reintroduced into ­neurons that did not have it, plaque did not grow.
Malfunctioning tau can occur due to faulty genes or through ageing. As ­individuals grow older, some tau can malfunction while enough normal tau remains to help clear the garbage. In these cases, the neurons do not die.
Dr Moussa said: “That explains the confusing clinical observations of older people who have plaque build-up but no dementia.”
Tim Parry, of Alzheimer’s Research UK, said: “Understanding why nerve cells die in Alzheimer’s is a key goal in the search for treatments and this study adds to a body of evidence pointing to the tau protein as an ­important part of this process.”
In 2012 researchers in Cleveland, Ohio, found the skin cancer drug ­bexarotene could also help clear toxic plaque from the brain.