Showing posts from May, 2015
Show All

- May 31, 2015
I These days we are hearing of a lot of people being diagnosed as having Mild Cognitive Impairment.
We are also hearing of a lot of people formally diagnosed as having one form of dementia or another,  then being re diagnosed as having Mild Cognitive Impairment, because they did not deteriorate fast enough. Some people these days get a diagnosis of Mild Cognitive Imoairment, until the doctors can work out whether you have dementia.
With this in mind many people are saying,  that more needs to be done to give this form of illness more recognition than it has at present. Fine it may not be dementia, but it does involve memory and day to day living, and coordination problems.
In some circles there seems to be something odd when it comes to MCI, you are neither one thing or another, but in fact you could be one of those people who may well go on to get Alzheimer's or Dementia.   You may also go on to live without getting either of these illnesses.
To label someone with this illness and no…
2 comments
Read more

- May 31, 2015
When I was diagnosed as having Lewy  body dementia in Durham, my consultant told me to set up a routine.

This would get me through the day without the permanent support of others like my wife, because she like other carers, have enough problems to deal with on a daily basis, without watching over our every move

It was also recognised that I did struggle at times, with short term memory problems.
Since my diagnosis has been changed to mild cognitive impairment, I am still the same person with the same problems including memory. It's not easy getting used to this re-diagnosis, partly because, I am still under a consultant to see if it's all Parkinson related. But I have to be positive, while this is going on, because as I said before, my problems are still the same, and my family are relying on me to keep fighting this illness.
I still use my routines as I did before, although these days I am starting to forget to take my medication  more than I did earlier, but that's lif…
Post a comment
Read more

- May 31, 2015
Like many I have struggled to understand what Mild Cognitive Impairment is, and how it differs from a dementia.

The other day I found a document on the Northumberland, Tyne and Wear NHS, website, and found that this explained things a lot easier than anything else had in the past three months.
I suppose that like many other people I wondered if Mild Cognitive Impairment was just a cop out.
But having read this, it explains many of my problems, apart from things like my graphic nightmares.
This makes me wonder just how many people living with dementia, will have their diagnosis reversed at some later stage.
Mild Cognitive Impairment

- May 31, 2015
MEDICAL ISSUES Coping With Mild Cognitive Impairment By JUDITH GRAHAMSEPTEMBER 10, 2012 6:50 AM About 10 to 15 percent of adults age 65 and older are believed to have mild cognitive impairment — a condition commonly characterized by memory problems, well beyond those associated with normal aging. Alarmingly, mild cognitive impairment, or M.C.I., can signal serious problems ahead: About half of people with this condition go on to a diagnosis of Alzheimer’s disease or another dementia within five years. Yet when researchers from the University of Toronto searched worldwide for programs that educate people about M.C.I. and how to adapt to it, they found only five — three in Canada, one in Germany and one in Rochester, Minn., home to the Mayo Clinic, which first defined M.C.I. in 1999. Similarly, a North American search for support groups for people with M.C.I. turned up just a handful. The University of Toronto researchers set out to rectify this lack of attention by writing “Living With…
Post a comment
Read more

Rediagnosis from one dementia to MCI

- May 25, 2015
A lot of people are finding these days, that their diagnosis is being changed, from one dementia or another to Mild a Cognitive Impairment.

This I understand is because things have moved on these days.  Years ago you were diagnosed as having Alzheimer's or Dementia, going by your symptoms at the time. But it is now recognised that if you were diagnosed 15  20 years ago and have not deteriorated, as  expected, you no longer have that illness, but have mild cognitive impairment.
This causes many problems because some people have the scan results to prove, that their brains have shrunk to the stage that there can be no other diagnosis available. In my own case we have letters to prove that my brain has shrunk, more than it should have done for my age
But this leaves some doctors arguing about the true diagnosis you should be given.
This is why these days you are initially given the diagnosis of mild cognitive impairment to start with, and then if you deteriorate you are told you have…
Post a comment
Read more

Dementia sufferers and their carers are being invited to take a step into the digital world.

- May 23, 2015
Sessions aim to open up digital world  to dementia sufferers and their carers
Dementia sufferers and their carers are being invited to take a step into the digital world Age UK South Tyneside has been handed a pot of cash to launch a digital skills programme. The NHS Widening Digital Participation pathfinder programme aims to promote access to health information using new technology. It has been designed to support older people with dementia and their carers to enable them to carry out health-based transactions online, such as registering with a GP’s practice, booking appointments to see a doctor, ordering repeat prescriptions, finding information on NHS Choices to check symptoms or even reviewing reports on primary care practices. John Briers, chief executive of Age UK South Tyneside, said: “Dementia can happen to anyone in later life. “Life doesn’t end when dementia begins. Being diagnosed with dementia doesn’t mean that you have to stop doing the things you love or try new things.…
Post a comment
Read more 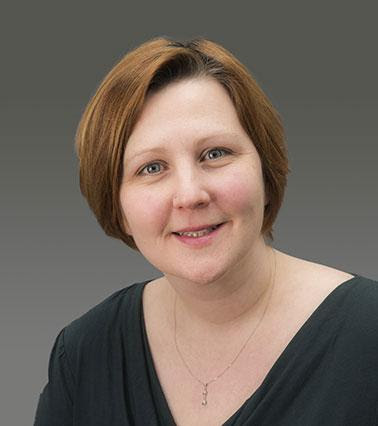 A HEALTH watchdog is set to investigate how York can be improved for people living with dementia. Healthwatch York has received funding from Joseph Rowntree Foundation (JRF) in order to carry out a two-year project with the aim of taking York closer to being the first dementia-friendly city in the UK.
Post a comment
Read more
More posts