Showing posts from July, 2017
Show All

- July 31, 2017
Many of us had people caught up in the First World WarThis was well known as the War to end all wars My Grandfather was in the Durham Light Infantry, and  had left home to fight for his country A few years ago my wife and I went on a coach tour, and we were able to visit Ypres and Passchendale where my Grandfather fought alongside his friends etc. This in many ways explained some of what had happened, but it was so very hard to understand the horrors of this war. I read my Grandfathers diaries before they were lost in a flood, and they brought tears to my eyes. He had left school and got an offer of work in the local coal mine where his family lived, but decided to sign up to join the army, to fight for his country, because like others, he felt it to be his duty A lot of his friends also signed up, because they had been told that they  would see the world, and they were also told that the war would be over before Christmas ?When I think of this, I wonder just how many young men would …
Post a Comment
Read more

- July 27, 2017
Last week I noticed a news topic about Traumatic Brain Injury and Dementia, and posted it on my blog.
This is a topic which has concerned many people over the years, but no one seems to know whether there are any links or not, so I guess the jury is still out on this one
Taken from an old blog
In the late 1970s, I fell around 15 feet and hit my head on the ground, and vaguely remember lying on the ground  thinking that my head had exploded before I passed out.
I don't have a clue as to how long I was out, but somehow managed to get up off the floor and staggered back to the office to see my boss,   and then went home, where my wife took me to the doctors
Later that day, I had the mother of all headaches, and was taken to hospital,  but after a few x-rays, I was sent home.

My wife said that the doctors did not seem too concerned, because she had rushed me in by car rather than calling an ambulance

The hospital that night was also very full, of people waiting to be seen, and the…
Post a Comment
Read more

Researchers have a non-invasive diagnostic tool called a liquid biopsy that replaces cutting.

Ivanhoe News Service Saturday, July 22, 2017 06:45AM It's a condition that most of us have never heard of, but REM sleep disorder is most common in men who also have Parkinson's disease, or Lewy body dementia.

When most of us sleep, our bodies enter a state of muscle paralysis. People with REM sleep behavior disorder lose that, and are capable of acting out physical activity in their dreams, which can be violent.

"He was a theater professor and I was a theater person so for me it was really. There was an immediate connection and we had a similar sense of humor and it was just a lot of fun," Karen said.

But just a few years ago, Rig started showing signs of dementia.

Behind the Headlines
Thursday July 20 2017[
Regular exercise may help lower dementia risk "Nine lifestyle changes can reduce dementia risk," BBC News reports. A major review by The Lancet has identified nine potentially modifiable risk factors linked to dementia.
The risk factors were:
low levels of education midlife hearing loss physical inactivity high blood pressure (hypertension) type 2 diabetes obesity smoking depression social isolation However, it's important to note that even if you add up the percentage risk of all of these factors, they only account for about 35% of the overall risk of getting dementia. This means about 65% of the risk is still due to factors you can't control, such as ageing and family history.
Although not guaranteed to prevent dementia, acting on the risk factors above should improve your physical and mental wellbeing.
What is dementia? …
Post a Comment
Read more

Researchers are using population studies and animal models to investigate how TBIs might lead to progressive neurodegeneration in some patients.


Whether or not traumatic brain injury predisposes individuals to dementia has long been under investigation, and the results of different studies are often conflicting. But evidence is mounting that traumatic brain injury can cause long-term damage to the brain.
Traumatic brain injuries (TBIs) disrupt the normal function of the brain. They occur as a result of a blow or jolt to the head, or an injury that penetrates it, according to the Centers for Disease Control and Prevention (CDC).

In 2013, 2.8 million people in the U.S. sustained TBI, of which approximately 56,000 resulted in death. The age groups most affected by TBI were small children up to the age of 4, teenagers and young adults between 14 and 25 years, and those over 75 years…
Post a Comment
Read more

Right to die with dignity

- July 17, 2017
People on television are discussing the rights and wrongs of ending life when you have a terminal illness. While I am not in this position, of living with a terminal illness, I do in all honesty think that there is far too much red tape connected with this along with far too many so called gooders getting involved If someone has something like motor neuron disease or rapid form of cancer etc, and there bodies are failing, I don't understand why they should not be allowed to die with dignity, rather than fighting to the bitter end.In all honesty, we would be prosecuted if we allowed an animal to suffer in similar conditions, yet humans are expected to carry on struggling.I do feel that the guidelines stop unnecessary premature deaths, yet many people think it's wrong to stop fighting an illness. I know that there are Christian groups linked with stopping people from dying early when they have had enough, and to be honest it's time they allowed people to make up their own mi…
Post a Comment
Read more

- July 15, 2017
A lot has been written over the last few months about depression, yet it seems to appear in many illnesses like Parkinson and Dementia, to name only two.Many doctors don't look at the cause of the depression, and simply want to issue sedatives etc, "but is this the real  answer.".
Surely they should be looking for the true cause, rather than using drugs,I know that there are times now when my brain goes,  and I am no longer able to think or plan things as I was used to, and this is upsetting, because it's very hard to accept or understand.I have often been accused of frowning these days, yet there are times when  I  have no real  idea when I am smiling, unless I can look into a mirror.
Facial expressions don't mean a lot to me anymore.It's not easy when you are not I control of these things,  and sometimes it's embarrassing. Things like reading and understanding letters and documents can be an experience, because I don't always understand what I am …
Post a Comment
Read more 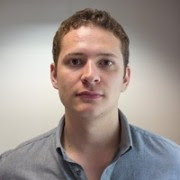 The study, jointly carried out by Cambridge University and University of East Anglia researchers, and partly funded by Janssen, found that an app called Game Show improved the memory of patients with amnestic mild cognitive impairment – a precursor for dementia.

Half of the patients used the app for two hours per week over four weeks. The other played no games at all.

The app specifically improved ‘episodic’ memory by around 40%. This type of memory is based on autobiographical events like past locations they have visited. Better episodic memory therefore helps with day-to-day activities, for example remembering where a car has been parked.

Lewy body dementia: Thousands 'at risk of injury or death' due to inappropriate prescription of antipsychotics Prescription of these drugs often worsens symptoms and has been found to increase the risk of death fourfold Katie Forster Health Correspondent @katieforsterThursday 6 July 2017 11:58 BST

Around 120,000 people are estimated to suffer from Lewy Body Dementia in the UK Getty
Thousands of people in the UK with a commonly misdiagnosed form of dementia are at increased risk of injury or death because they are being prescribed potentially harmful antipsychotic medication, experts have warned.

The symptoms of Lewy body dementia include hallucinations, motor problems, fainting spells and disturbed sleep in which people appear to “act out” their dreams, as well as the cognitive decline associated with other forms of the disease.

- July 10, 2017
Lewy body dementia, an umbrella term for both Parkinson’s disease dementia and dementia with Lewy bodies
By: Mohan Garikiparithi | Brain Function |
Lewy body dementia (LBD) is an umbrella term referring to both Parkinson’s disease dementia and dementia with Lewy bodies. In dementia with Lewy bodies, cognitive symptoms interfering with daily living present themselves before or within one year of Parkinson’s-like movement problems. In Parkinson’s disease dementia, cognitive symptoms usually don’t appear until after a year of the onset of movement problems. Researcher Howard I. Hurtig explained, “An early and accurate diagnosis may be lifesaving. The avoidance of medications that can worsen the symptoms of LBD cannot be overemphasized. Every patient with LBD and their caregiver(s) should memorize the list of acceptable and forbidden drugs.” Lewy body dementia is characterized by an abnormal buildup of Lewy bodies in areas of the brain responsible for memory, behavior, movement, and perso…
Post a Comment
Read more

What is Lewy Body Disease