NHS 'to grind to halt' with dementia warns professor

NHS 'to grind to halt' with dementia warns professor 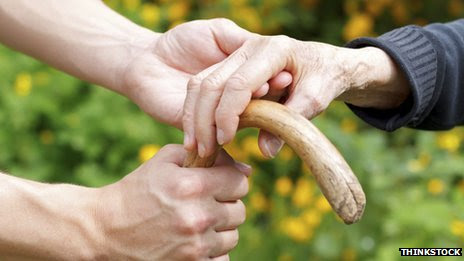 Ministers acknowledge dementia is not being diagnosed fast enough

The NHS will "grind to a halt" unless more is done to help care for dementia patients in the community, warns Wales' only professor of geriatrics.


A quarter of patients in district general hospital beds in Wales have dementia as one of their conditions.

"It's a challenge that's going to get even bigger if we don't do something about it," Prof Anthony Bayer told BBC Wales' Week in Week Out.

Ministers admit a "new push" is needed on how dementia services are developed.

A recent audit of the NHS Memory Services in Wales by Prof Bayer compared the amount of money spent on patients in Wales with those in England.

It found that on average, memory clinics in England spend twice as much on staff for each new patient as they do in Wales. Wales also had the worst diagnosis rates in the UK.

Prof Bayer told the programme: "Currently, there are about 45,000 people with dementia in Wales and that is due to rise by 1 or 2% year on year so the numbers are rising exponentially.

"The real problem is that still less than half of those patients are even diagnosed."

Many patients in hospital with dementia will have other ailments too which could be treated in the community.

Some have dementia alone, but are waiting for care to be in place before they can be discharged. 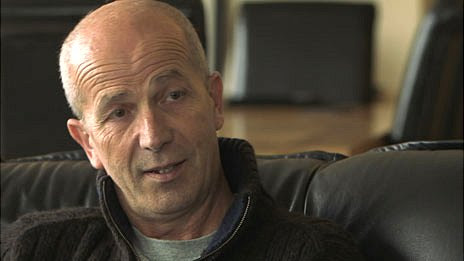 Chris Roberts has dementia at a younger age


CASE STUDY - Chris Roberts, 53, from Denbighshire, has dementia while his wife Jayne is also dealing with her mother's dementia.


"The biggest reaction I get at my age talking about it [having dementia] is disbelief.

"People don't want to believe it themselves because they would be admitting they could also get an illness that could lead to dementia - I wish I could disbelieve it."

Prof Bayer said that lack of support means too many patients are ending up in hospital.

"One in four people in district general hospital beds have dementia," said Prof Bayer. "If you actually shifted more resource into the community then you could stop a lot of these unnecessary admissions.

"And if people did go into hospital you could get them home much more quickly."

He added: "If we don't do anything then the whole system is going to grind to a halt."

He added: "We need a new push on making sure that we have a more national approach to the way that (dementia) services are developed".