From the Daily News

The £200,000-a-year 'care tax' paid by families of dementia sufferers: Relatives forced to 'break the bank' to pay for extra help

Dementia patients and their families are being hit by a ‘care tax’ of more than £20,000 a year, research has revealed.
They are forced to ‘break the bank’ to pay for extra basic help from their own pockets because it is not provided by local authorities.
On top of that, relatives are having to undertake everyday tasks such as washing, feeding and dressing which often forces them to give up jobs. 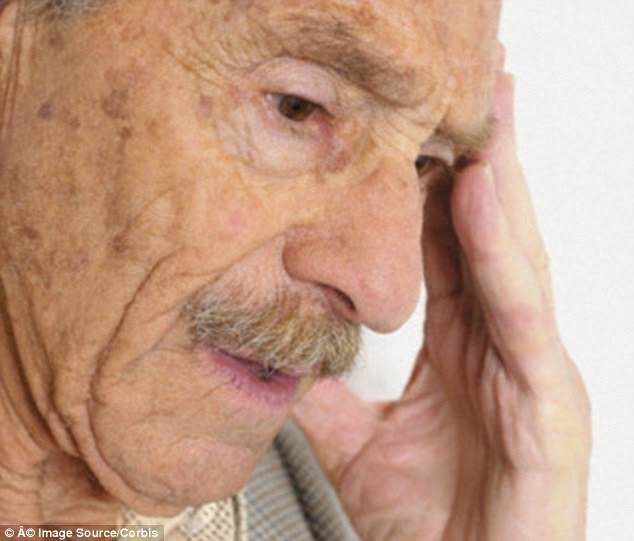 It is predicted there will be more than 850,000 people in the UK with Alzheimer's disease in 2015 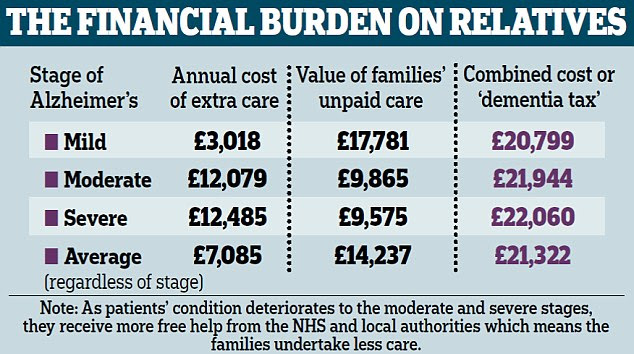 It is now estimated that of the £26billion a year cost of dementia to the UK, patients and their families are picking up two-thirds of the amount – about £17.4billion.
The London School of Economics was commissioned by the Alzheimer’s Society to calculate the care burden – and found that the average dementia patient and their relatives are hit by a ‘tax’ of £21,322 a year.

The figure includes £7,085 to pay for private carers on top of an estimated £14,237 in unpaid care provided by family members themselves. Health Secretary Jeremy Hunt accepted that the costs were ‘unfair’ to families and promised to provide more financial help to families.

He said: ‘I want to make sure those with dementia, their families and carers get the help they need. It’s precisely because people face such unfair care costs that we are transforming the way people pay for care, capping the amount they have to pay and providing more financial help.’ 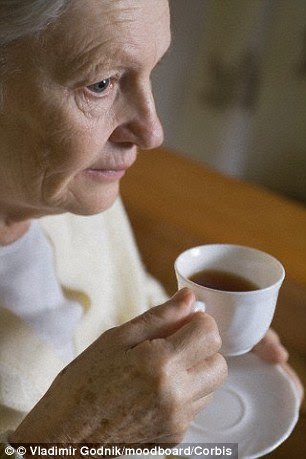 Copy link to paste in your message
Alzheimer's Society says that thousands are paying a 'dementia tax' to cover their dementia care costs
Jeremy Hughes, chief executive of the Alzheimer’s Society, said it was wrong that patients had to pay for their own care when those with cancer or heart disease had care provided free by the NHS.
‘This new research exposes the staggering financial and human impact of dementia,’ he said. ‘It is plain to see that our social care system is on its knees, leaving an army of tens of thousands of unpaid carers bearing the brunt.
‘If you have cancer or heart disease you can quite rightly expect that the care you need will be free. That is just not the case for people with dementia.
‘Families are forced to break the bank to pay for basic care for a loved one.’
Problems arise because home care is not provided by the NHS but by local councils – whose budgets have been slashed, forcing many families to pick up the tab for private care themselves.
By contrast, patients with heart disease or cancer are assured of free care on the NHS – because health budgets have been protected from cuts.
The research also found that an estimated 225,000 people in the UK develop the condition every year – or one person every three minutes. This means that by next year, 850,000 patients will have the condition, rising to two million by 2051.

WHAT IS ALZHEIMER'S DISEASE?

Alzheimer's disease is the most common cause of dementia.
It is predicted there will be more than 850,000 people in the UK with Alzheimer's disease in 2015.
The term 'dementia' describes a set of symptoms which can include loss of memory, mood changes, and problems with communication and reasoning.
These symptoms occur when the brain is damaged by certain diseases and conditions, including Alzheimer's disease. 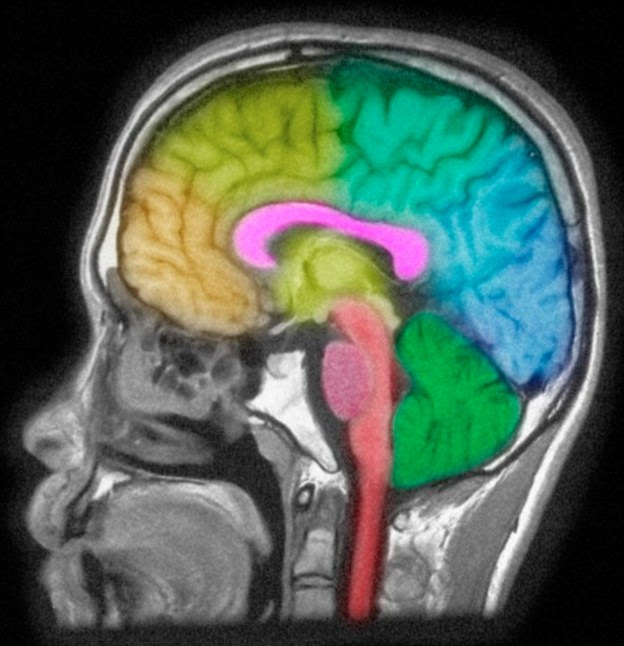 Copy link to paste in your message
Alzheimer's is the most common cause of dementia. Symptoms occur when the brain is damaged by certain diseases and conditions, including Alzheimer's.

Alzheimer's disease, first described by the German neurologist Alois Alzheimer, is a physical disease affecting the brain.
During the course of the disease, protein 'plaques' and 'tangles' develop in the structure of the brain, leading to the death of brain cells.
People with Alzheimer's also have a shortage of some important chemicals in their brain.
These chemicals are involved with the transmission of messages within the brain.
Alzheimer's is a progressive disease, which means that gradually, over time, more parts of the brain are damaged. As this happens, the symptoms become more severe.