An ingredient called punicalagin helps prevent the inflammation that destroys brain cells known as micrologia, according to a team at the University of Huddersfield.

It is hoped the findings may also potentially benefit sufferers from rheumatoid arthritis and Parkinson’s disease by reducing painful inflammation from these conditions. 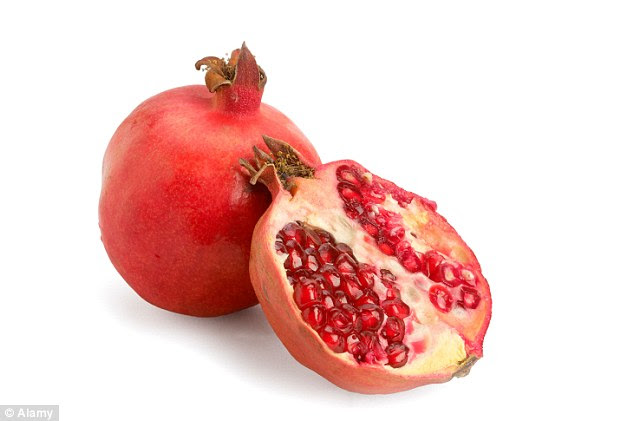 The key breakthrough in laboratory experiments is showing that punicalagin - which is a form of chemical compound known as a polyphenol – found in pomegranate fruit, can inhibit inflammation in specialised brain cells known as micrologia.

This inflammation leads to the destruction of more and more brain cells, making the condition of Alzheimer’s sufferers progressively worse.

There is still no cure for the disease, but the punicalagin in pomegranate could prevent it or slow down its development.

A new study was headed by Dr Olumayokun Olajide, who worked with co-researchers at the University of Huddersfield’s Department of Pharmacy and scientists at the University of Freiburg in Germany.
The team used brain cells isolated from rats to test their findings, which have been published in the journal Molecular Nutrition & Food Research.

Dr Olajide is still working on the amounts of pomegranate that are required, in order to be effective in the form of a drug.

However, he pointed out that juice products which are 100 per cent pomegranate contain approximately 3.4 per cent punicalagin.

He said ‘But we do know that regular intake and regular consumption of pomegranate has a lot of health benefits – including prevention of neuro-inflammation related to dementia.’

Dr Olajide says most of the anti-oxidant compounds are found in the outer skin of the pomegranate, not in the soft part of the fruit.

Although this has yet to be scientifically proven, pomegranate may be useful in any condition for which inflammation – not just neuro-inflammation of the brain – is a factor, such as rheumatoid arthritis, Parkinson’s and cancer.

The Middle Eastern fruit used for centuries as a folk medicine is claimed to be effective against heart disease, high blood pressure, inflammation and some cancers, including prostate cancer.


What is dementia? Alzheimer's Society explains 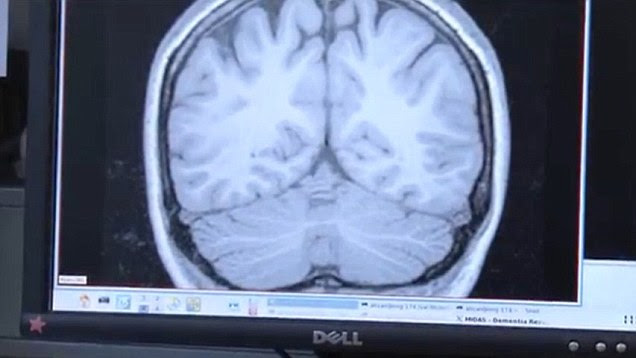 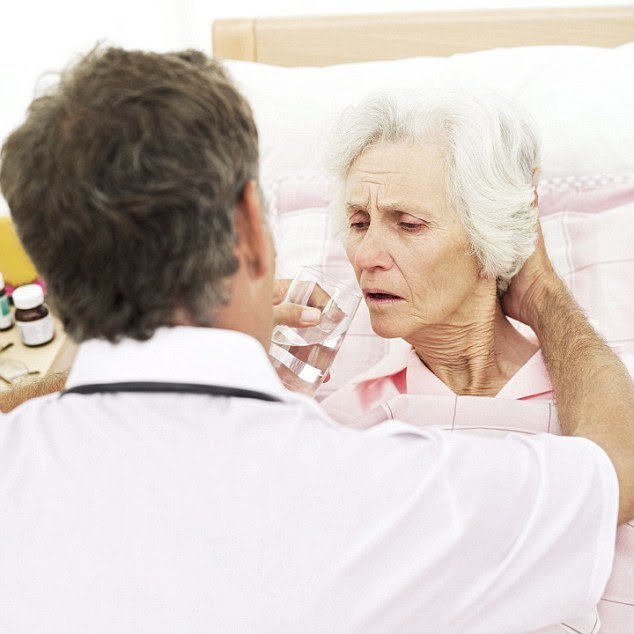 The researchers identified a chemical compound punicalagin which can combat neuro-inflammation, file pic

Dr Olajide is collaborating with organic chemist Dr Karl Hemming, of The University of Huddersfield, in order to produce compound derivatives of punicalagin that could the basis of new, orally administered drugs that would treat neuro-inflammation.

Meanwhile, a separate study has suggested that stimulating the brain using an electric current could improve memory – opening the way for treatment of related problems such as early-stage Alzheimer’s disease and stroke.

It has been used in a limited way to temporarily change brain function to improve performance during a test, for example, making someone push a button slightly faster while the brain is being stimulated.

The latest US study shows TMS can be used to improve memory for events at least 24 hours after the stimulation is given.

Scientists recruited 16 healthy adults aged 21 to 40 who had a detailed anatomical image taken of his or her brain as well as 10 minutes of recording brain activity while lying inside an MRI scanner.

Each participant underwent a memory test, consisting of associations between faces and words that they were asked to learn and remember, followed by brain stimulation 20 minutes a day for five consecutive days.

Both groups performed better on memory tests as a result of the brain stimulation.
It took three days of stimulation before they improved, says a report in the journal Science.

Researcher Joel Voss, at Northwestern University Feinberg School of Medicine, said ‘We show for the first time that you can specifically change memory functions of the brain in adults without surgery or drugs, which have not proven effective.
‘This noninvasive stimulation improves the ability to learn new things. It has tremendous potential for treating memory disorders.’

Dr Simon Ridley, Head of Research at Alzheimer’s Research UK charity, said The results of this study shows some potential in the use of a non-invasive technique which may help to improve memory.

‘This was a very small trial with only 16 people and did not look specifically at people with Alzheimer’s disease or other forms of dementia.

‘Much more large-scale, long-term research is needed to determine whether this technique would be beneficial to people with dementia.’