Robots and care of the elderly

Many of us remember being enthralled as kids by the future of robots. Remember the Jetsons with their robotic maid? 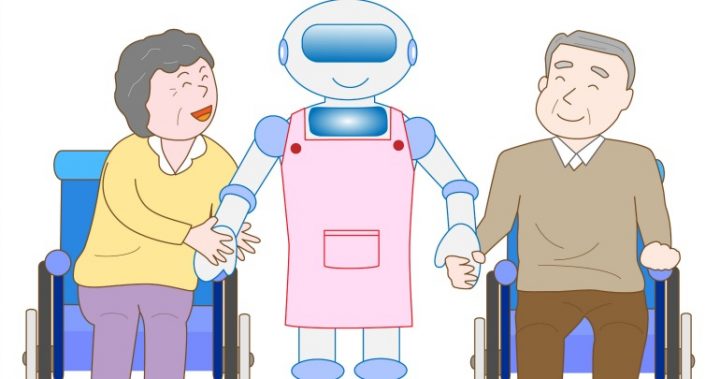 This could be the future of aged care.

Many of us remember being enthralled as kids by the future of robots.
Remember the Jetsons with their robotic maid?

But how many of us actually thought we’d ever end up with a robotic helper of our own?
It could be a reality sooner than we think, but instead of helping us around the home, robots could find their home in a much more socially responsible role.

We’ve all heard about fears of a future shortage of aged care workers and a big increase in demand for aged care facilities and services, and now academics think they might have the answer.

According to reports in the BBC, a group of academics believe that robots could be the answer to the crisis facing the future of caring for the elderly.

That’s right, researchers from two British universities are working on a multi-million dollar project to develop robots that could help look after us when we get older.

The robots, named Pepper Robots by the researchers from Middlesex University and the University of Bedfordshire, could help with everyday tasks from helping you take your tablets to offering companionship.

While it’s hard to imagine having a social interaction with a robot, it could very well be a reality for aged care facilities that are struggling to maintain their staff to resident ratios.

Professor Irena Papadopoulos told the BBC that the robots wouldn’t be replacing nurses or aged care workers, they’d simply support them provide care.
“As people live longer, health systems are put under
increasing pressure,” she said.
“Assistive, intelligent robots for older people could relieve pressures in hospitals and care homes as well as improving care delivery at home and promoting independent living for the elderly.”

And the robots could expand beyond just caring for residents in nursing homes.

The researchers are hoping that robots could also become acceptable to help care for people in their own homes, keeping them in their own home for longer and reducing the demand for nursing homes and aged care.

So, just how smart are these robots?

Well, the Pepper Robots will apparently be able to speak and move hand gestures.

They’ll also be able to move around without any assistance and they’ll even be smart enough to identify when the person they’re caring for is unwell or in pain.

While some of you probably doubt you’ll ever see this technology, it’s well and truly on its way.

Robots like the Pepper Robots are already helping people in their homes and in hospitals in Japan, and they could be just three years away from being used in the UK.

While the technology has the researchers excited, it’s sure to bring up questions for many older people who are suspicious or doubtful about technology.


It raises the ultimate question, would you trust a robot to look after you or your elderly parents?

What do you think about this?