Over the years I have heard many people saying that ladies are the weakest sex.

But I have no doubt that this is wrong, and has been for many years

I often  look back,  at what I remember of my working days,.

The number of times a  man was off with what was said to be flu, was unaccountable

Yet you could bet that they would get back at work either the next day,  or the day after that, usually still moaning

As we all know that would be impossible with any form of flu, because it makes you feel so ill

I can vaguely remember, being ill when I was younger with the Asian flu, and was very ill for nearly two weeks.

But these days we hear a lot about the man flu, which in most cases is nothing more than a bad cold, unless you have serious chest problems in the first place

When you look at this carefully and look at most ladies, they never really stop

Many housewives these days are far too busy to even think about being ill, because their job is 24 hours a day from getting up in the morning,  to going back to bed at night, once everything is sorted out.

Thinking of our grandmothers, they worked each and every day, washing, cooking, cleaning, shopping, and sorting other people's problems out.

I often had discussions with men at work, who all claimed that they were the strongest sex, and at times I had to hold my tongue,

I have seen quite a light of ladies out shopping etc, when clearly  they should have been at home, but in  their words, life must go on, and they do not have time to be ill.

I wonder how many men are at work all day,  and then go home to cook for the family and sort out other chores in the house.

Having done this for three years after my wife had a serious road accident, and I had my job to keep going,  while looking after two children, I found this very tiring.

It was only later when a barrister asked me how much my wife was worth, after the accident,  that I realised that I really did not have a clue as to how much work she got through in a day while I was out.

I had thought him to be callous by asking this in the first place, but afterwards I understood his reason, because our families are not replaceable no matter how much compensation you get

I doubt if many men would have a clue as to what work their wives did while they were working.

During this time I heard many stories of marriages breaking up, because the wife and mother of the household, had like my wife, had a serious accident and was going to need umpteen operations in hospital
As there was no stable person running the home, the husband walked away from his wife and their marriage

This always seemed to me to feel a very cruel and thoughtless thing to do.

This is partly because marriage in many mens eyes is nothing more than,  "ME" working and you looking after the house and Me?

But I guess that I am one of the odd ones, who still consider marriage to be shared between both parties

But I have a sad recollection of many men telling me as an apprentice, "they" the men made the money, while their wives looked after the house and provided a hot meal when they got home at night etc.

This always sounded sexist, as most of these men really did not have a clue.

However if the roles were reversed and the men were forced to stay at home doing homework, while their wives went to work, I think many men would complain about being over worked

All in all, I still consider the ladies to be  the stronger sex,  and I think a lot of people would agree with this

I one main hobby which I really enjoy these days, and that is photography something which gives me a lot of satisfaction, on good and bad ... 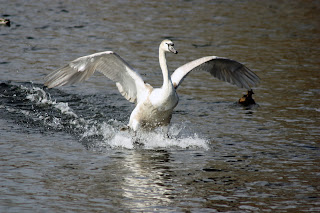