SCIENTISTS say they hope to cure dementia within 10 years following the creation of an international initiative to beat the disease. 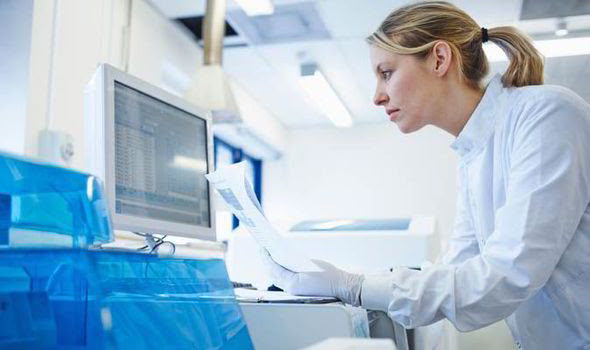 GETTY
Scientist are being encourage to find cures for the disease by 2025
Launched today the venture sees world experts come together for the first time in a joint bid to help millions beat the devastating illness.
Alzheimer’s Research UK, the Alzheimer’s Association in America and the Weston Brain Institute in Canada have joined forces to create a fund to encourage scientists to find cures for it by 2025.
The move comes as a new report by care experts shows that dementia has now become our number one health concern, overtaking cancer for the first time. Latest estimates show that more than two million Britons will suffer from dementia by 2050.
According to the Live-In Homecare Information Hub – which provides help on allowing people to access care in their own homes – almost half of over-55s now admit to being frightened of suffering from dementia.
This compares with 28 per cent who fear cancer and nine per cent afraid of a stroke. Only three per cent said that they were worriedabout heart disease which is currently the biggest killer in the UK.
It is the race to contain the dementia epidemic that has inspired the creation of the new £1million fund to find a “cure or disease-modifying treatment”.
Dr Eric Karran, director of research at Alzheimer’s Research UK, said: “It’s no surprise people express a fear of dementia, which has a devastating impact on those whose lives it touches, and for which there is currently no cure.

More and more of us have relatives, friends and neighbours who are affected by the disease
Caroline Abrahams

“With 830,000 people in the UK living with dementia today and that number set to rise, finding treatments for the diseases that cause it must be our number one priority.
“These results also suggest people are more willing to talk about dementia than they were a decade ago and it’s vital these shifting attitudes are reflected in a newly galvanised effort to fight the condition through research.”
Researchers are pinning their hopes on two new drugs, called Solanezumab and MK-8931.
Both are to be clinically tested in months, and within two years scientists say they could provide them with the holy grail of a cure.
Dr Karran added: “We could be close or a long way away but I am hopeful we have made significant progress.
“We should have the results of the phase three trials (of the drugs) in a couple of years and if they work we will have a disease-modifying therapy.
“It’s crucial we find disease-modifying treatments because there is a real risk dementia will affect the economy.
“The cost to the healthcare system will be absolutely enormous and could one day be unsustainable.”
Professor June Andrews, of Stirling University, said: “People have recently been given the good news that most cancer will respond to treatment but they are often told there is no cure for dementia, so it is understandable they might be afraid.”
Caroline Abrahams, of Age UK, added: “More and more of us have relatives, friends and neighbours who are affected by the disease.
“It is essential that we talk about it, dispel the myths and focus on how to ensure people with dementia and their families get the care and support they need.”