Dementia linked to common over the counter drugs 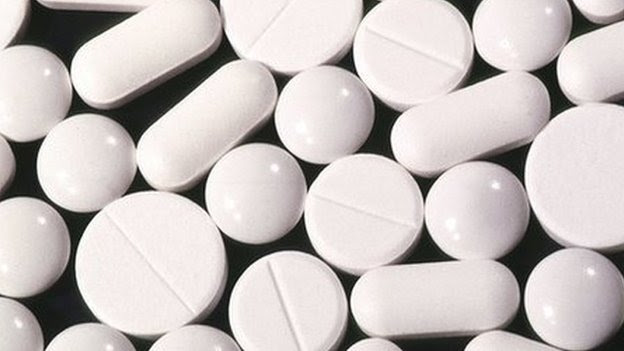 A study has linked commonly used medicines, including over-the-counter treatments for conditions such as insomnia and hay-fever, to dementia.

All of the types of medication in question are drugs that have an "anticholinergic" effect.

Experts say people should not panic or stop taking their medicines.

In the US study in the journal JAMA Internal Medicine, higher doses and prolonged use were linked to higher dementia risk in elderly people.

The researchers only looked at older people and found the increased risk appeared when people took drugs every day for three years or more.
Side-effects
All medicines can have side-effects and anticholinergic-type drugs that block a neurotransmitter called acetylcholine are no exception.


Patient information leaflets accompanying such drugs warn of the possibility of reduced attention span and memory problems as well as a dry mouth.

But researchers say people should also be aware that they may be linked to a higher risk of developing dementia.

Dr Shelly Gray and colleagues from the University of Washington followed the health of 3,434 people aged 65 and older who had no signs of dementia at the start of the study.

They looked at medical and pharmacy records to determine how many of the people had been given a drug with an anticholinergic effect, at what dose and how often and compared this data with subsequent dementia diagnoses over the next decade.