Too little vitamin D has been conclusively connected with dementia, although more research is needed to establish cause and effect. Experts say preventing dementia would improve many lives and save billions. 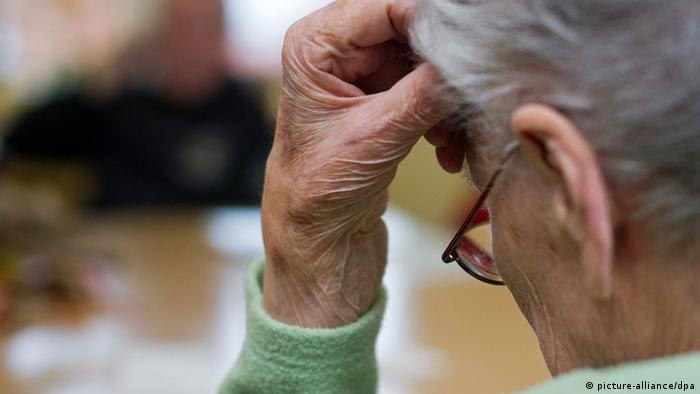 A new study has confirmed a link between a lack of vitamin D and development of dementia, including Alzheimer's disease. Elderly people with a severe vitamin D deficiency are more than twice as likely to develop dementia, according to the research.


Previous research had suggested links between a vitamin D deficiency and declining memory and cognition later in life, said Iain Lang, one of the study's co-authors. But this study represents "the first time anyone has been able to link vitamin D levels with diagnosis of dementia on a large scale," Lang told DW.


Blood samples were taken from the subjects, who at the start of the study were all free from dementia. 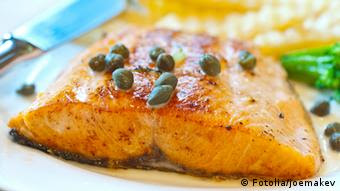 Over the course of six years, about 10 percent developed dementia. The research examined blood samples in two comparisons: Between those who were healthy and had slight vitamin D deficiencies, and between healthy and severely deficient subjects.


Controlling for other factors, the study showed that elderly people with a slight lack of vitamin D are 50 percent more likely to develop dementia, while those with a severe deficiency have a 120 percent greater likelihood.


The study looked at all types of dementia, including Alzheimer's disease, and saw no difference in the relationship with vitamin D across categories of dementia.


'Robbed of their personality'


Dementia involves a set of symptoms that may include problems with memory, cognition or language. It's an umbrella term for "possibly hundreds of conditions grouped together," said Lang, who is a senior lecturer at the University of Exeter medical school. He added that the 10 percent of people affected in the study represents the typical rate in industrialized countries.


Simon Ridley, head of research at Alzheimer's Research UK, described dementia as a "pretty awful thing" to have. "Treatments are extremely limited, and it's a progressive degenerative illness that robs people of their personality."

Seniors who remain active have a lower risk of developing dementia

Some types of dementia occur as a result of injury or a stroke, when brain tissue dies. People with Alzheimer's disease, the most common form of dementia, exhibit a buildup of protein plaque in their brains. Although the causes of Alzheimer's are not completely known, a genetic component is believed to be involved.


Smoking, obesity and a lack of physical exercise are known risk factors for developing dementia, Lang said. Education is also a major factor, he added. If a person received large amounts of neural stimulation while young, their brain becomes better developed and they are more resistant to dementia, Lang explained.


The same holds true for adults and even the elderly: Being mentally, socially and physically active can prevent dementia, Lang added.


Vitamin D, which is acquired from foods like fatty fish, is also synthesized through absorption of sunlight on the skin. "But as people get older, their bodies become less able to synthesize vitamin D from sunlight," Lang said.


Ridley, who was not involved in the research, welcomed the work. "This study wasn't the first or last to suggest this link, but it was one of the better ones," Ridley said. He particularly praised its prospective approach of examining subjects over time.


But Ridley emphasized that the study's results don't prove low vitamin D causes dementia. "This shows an association - but controlled clinical trials would be necessary to prove causation," he said.
Alzheimer's Research UK is "not recommending supplements at this stage," Ridley added.

Providing care for those with dementia can be very costly

Lang said the next step would be a "randomized trial of vitamin D supplementation to see if it is possible to prevent or delay the onset of dementia."


Their research is so important, Lang said, because dementia is so common. "If we can delay even a small portion, that would make a big difference in public health - and in the lives of those people."


Alzheimer Europe estimated in 2009 that dementia costs the 27 member countries of the European Union 160 billion euros ($214 billion) per year. Since 2013, the EU has grown to 28 member states. As the continent continues to age, cases of dementia are expected to double by 2050.


At the same time, some studies suggest that dementia rates are declining in industrialized countries, Lang said. "Partially because people are getting healthier," he said, as smoking decreases and blood pressure is better controlled. "But a rise in obesity could offset that gain," he concluded.