Move to give recognition to dementia-friendly churches

After reading this in the news today, I realised that some churches are doing something positive, and after all the time I have tried to get things changed, I now realise that I am not alone. Since my diagnosis I have struggled to come to terms with church services which change every week, and sometimes use umpteen variations of the Lords Prayer, and that leaves me feeling totally left out.

When I was first diagnosed with Lewy Body Dementia in Oxford, I could not remember the Lords Prayer and that was distressing, as it was something I grew up with.

Then  many months later after having to move home from Oxford back to the North East and had been given the dementia medication, I managed to pick it up again, only to get a shock when we moved back to my old Church in the North East where they seem to use different forms of this at every service. Things got so bad that I have now stopped going, because the clergy only think of the youngsters and not the older people who are regular attenders and work and pay to keep churches going.

I even wrote to a Bishop and was staggered by his response and total lack of thought. Judging by his answer I guess he knew very little about Dementia and did not seem to care. It was a case of get up and go to earlier services even though I have extremely rough nights with very graphic nightmares, and usually feel pretty drained in the morning.

So good luck to this group and I will try to keep in touch. 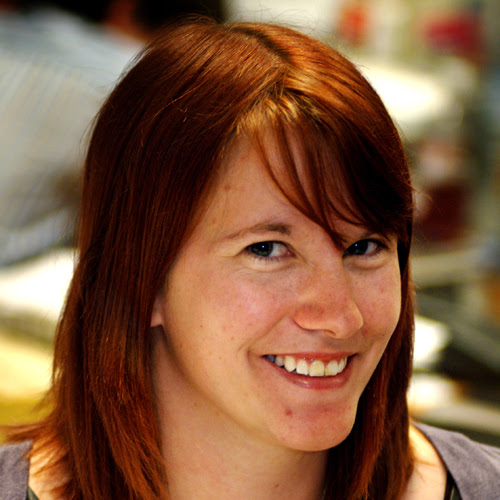 The Rev Joanna Collicutt at St Mary’s Church in Witney, which has a room where older people meet. Picture: OX61231 Mark Hemsworth

OXFORDSHIRE churches which make themselves welcoming to dementia sufferers could be recognised in a new award scheme.

Just as churches which offer events, services and support for young people and children can be accredited as youth and child-friendly or family-friendly churches, the idea is that Anglican churches in the Diocese of Oxford meeting certain criteria could receive dementia-friendly church awards.

The idea is the brainchild of the Rev Dr Joanna Collicutt, who is the Spiritual Concern for Older People adviser for the diocese.

It is in part inspired by Prime Minister David Cameron's dementia-friendly communities initiative launched a couple of years ago.

Dr Collicutt said: “I had been speaking to some people on the ground who are doing really interesting things in this area.

“As we already give awards to family and youth friendly churches, I thought we could do something in the spirit of that.”

The Rev Pat Buttha, assistant curate at St Michael’s Church in Cumnor, has been running a memories cafe at the church for the past year – offering elderly people a chance to reminisce.


Some of the people taking part are understood to have memory issues.

Ms Buttha has been involved in early discussions about the scheme.

She said: “We have lots of work in society with young people but people are less comfortable about dealing with dementia and the realities of people getting older. I think it’s very important.”

While the details of the award scheme are still being developed, criteria could include everything from the physical environment to training of staff and congregation members.

For example, the church would need to have good access and signposting, accessible toilets and help with transport needs.

Service times would need to be convenient and service sheets user-friendly, with familiar words and music, accompanied by community activities, such as signing or coffee mornings.

Churches would also be expected to have links with local care homes, involvement with local community initiatives on dementia, and some staff would need to have completed training in dementia awareness and adult safeguarding.

Movements are being made to look at the issue nationally, but this scheme would be unique to the county.

Dr Collicutt said: “Most people with dementia don’t tend to go to the main Sunday services but might prefer a midweek meeting, which is much quieter and tends to have an old-fashioned service, which is perhaps easier to remember.

“Often a person with dementia is cared for by a spouse, so it’s also about looking at how the church can support carers.”

She said while the majority of older people did not suffer from dementia, there was a strong feeling that churches should be made welcoming to those who did.

She said she hoped the scheme could be up and running within the next year, and churches could then apply for accreditation.