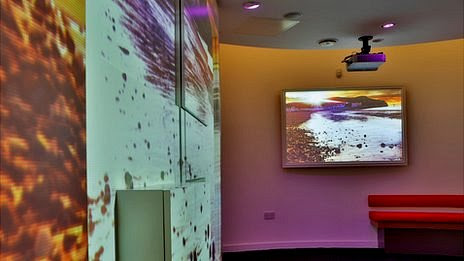 Liverpool City Council said people would be able to "immerse themselves in the sights, sounds and smells of the past"

A Liverpool dementia centre featuring an interactive "4D theatre", thought to be the first of its type, has opened.

The £1.2m council-run Sedgemoor Dementia Support Centre, in Norris Green, will be used by 30 people a day.

Liverpool City Council said people could "immerse themselves in the sights, sounds and smells of the past" through videos and relevant scents.

An estimated 670,000 people in England have dementia, with the figure expected to double in the next 30 years.

The theatre aims to help with cognitive therapy. The centre will also provide assessment and respite facilities.