Moments which made me proud

- December 10, 2012
There have been many times when I was made feel very proud of my role in raising awareness in Dementia.

I have met many new friends since starting on the Dementia trail, and it is down to one or two of these dear people who got me started, and made me realise that there is life after the diagnosis.

Trevor Jarvis, Peter Ashley, James McKillop are just a few of those people that I have been very proud to meet,

Chairing the Second UK Convention for People with Dementia at Birmingham, was something that I will never forget.

Two Brookes awards from the Alzheimer's Society
One for Volunteering along with my dear wife.

The Civic Award from Durham County Council, where I was awarded a Golden Key, something which takes pride of place in the house. 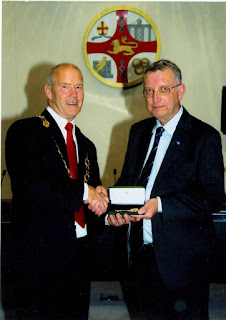 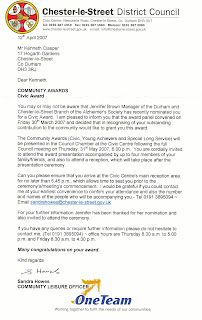 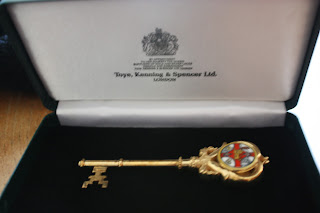 Meeting people like Andy Williams who in many ways was a giant of a man yet a very warm and gentle giant, who was quiet and listened to what was being said.

My Blog which took off without my really knowing what was going on, and it ended up being read by over 11.600 people in 86 countries. I was also asked if it could be used in Universities to promote a better understanding of the illness. That really made me proud because I started doing blogging as a way to keep my brain active by discussing my problems with dementia, and never really expected it to go anywhere like this.
Sadly I lost that blog one day when I made a mistake on google and ended up deleting it all, however as google would not help me bring it back, I got started setting up a new blog using all of the saved documents.

This made me realise just how bad the brain can get when we are tired, and also made me realise that when I am tired I stay away from the computer or anything where mistakes can happen

Being able to talk to students about Living with Dementia.

Being asked to speak at the launch of the Cross party committee on Dementia in Parliament, and then looking back at the advances this group has made in Dementia.

Its been an enjoyable journey and something I have been very proud to do, as its also helped so many others understand that there is a life with dementia if you are diagnosed early enough.