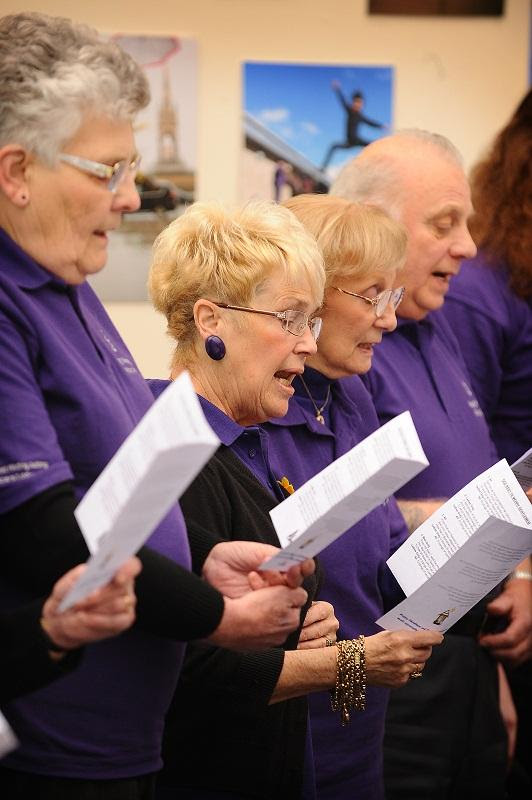 Buy this photo »Happy Memories singers perform in the atrium of Bradford University
A Bradford-based singing group including people with dementia performed Christmas carols at the University of Bradford.
Members of Happy Memories, which meets every Thursday at St Andrew’s Church Hall in Undercliffe, sang festive songs in the atrium before an inaugural lecture of its newly-appointed honorary professor of dementia care practice Professor Graham Stokes.
The group, which was set up by Jane Dale, sees people with and without dementia perform together to share their love of music and performs regularly.

A spokesman said: “Happy Memories is based on principles of inclusivity.
“In performance it is impossible to tell which members have dementia and which do not and research shows that memory for music, song lyrics, rhythm and beat is often unimpaired even in severe dementia