Lewy body dementia: Thousands 'at risk of injury or death' due to inappropriate prescription of antipsychotics


Thousands of people in the UK with a commonly misdiagnosed form of dementia are at increased risk of injury or death because they are being prescribed potentially harmful antipsychotic medication, experts have warned.

The symptoms of Lewy body dementia include hallucinations, motor problems, fainting spells and disturbed sleep in which people appear to “act out” their dreams, as well as the cognitive decline associated with other forms of the disease.

Dementia with Lewy bodies is the second most common form of the disease after Alzheimer's and is estimated to account for 10 to 15 per cent of all dementia cases.

However, up to 60,000 people in Britain may be unaware they have the condition, which is missed or misdiagnosed in up to 50 per cent of cases, said Professor Clive Ballard, a leading researcher of the disease at the University of Exeter.

Antipsychotic drugs given to dementia sufferers to treat behavioural disturbances has been found to increase the risk of death for people with Lewy body dementia fourfold, compared to one and a half times in people with Alzheimer’s disease, he warned.

These medicines, prescribed to around 15 per cent of people with dementia overall, can worsen symptoms of Parkinson’s disease commonly seen in Lewy body dementia sufferers, leading to risky falls.
They can also trigger a potentially fatal syndrome known as a “neurolaptic sensitivity reaction”, described by Professor Ballard as “a very acute syndrome which can come on within one or two hours of taking an antipsychotic drug, or increasing the dose”.

“When people have these reactions they develop very severe Parkinson’s symptoms and become very confused. You also get a breakdown of muscle cells which can lead to renal failure; there’s quite a high mortality rate acutely associated to these reactions.


Professor Ballard said around a quarter of people diagnosed with Lewy body dementia will have such a reaction when given the wrong medication.

Even if people do not die as a result of the syndrome, they may experience a steep decline in their condition “which they usually do not recover from”, he added.

A new set of diagnosis guidelines have been introduced by the Dementia with Lewy bodies consortium in the hope that better diagnosis rates will reduce the risk of patients being given drugs that may harm them. 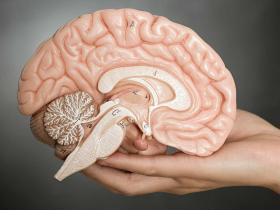 “Getting the diagnosis right is very important, particularly for the treatment of the psychiatric symptoms those people may have,” said Professor Ballard.

“If they’re misdiagnosed there’s a very high likelihood those individuals will be given an antipsychotic drug, which could be very damaging for that individual.”

In total, around 120,000 people are estimated to suffer from Lewy body dementia in the UK. The NHS says “more than 100,000” may have the condition.