A new awareness campaign was launched today to highlight the stigma associated with dementia, and the little things we can all do to help.
There are now almost 8,000 people in Edinburgh diagnosed with dementia and this figure is set to increase by two thirds in the next 20 years. Devised in conjunction with Edinburgh residents who have dementia and their relatives, the campaign is part of ongoing work by the City of Edinburgh Council, NHS Lothian and Alzheimer Scotland to make Edinburgh a dementia friendly city.
Stigma and lack of understanding are major barriers for people with dementia according to 66% of people who responded to a recent Alzheimer’s Society survey. The research also revealed that 35% of people with dementia only go out once a week or less.
The new campaign includes a radio advert featuring people affected by dementia and a poster campaign for bus shelters, shops, pubs, clubs and pharmacies. It aims to tackle the stigma often associated with dementia and encourage people to be more aware of the condition. It also highlights how we can all play our part to makeEdinburgh a dementia friendly city.
Six key ways to help a person with dementia and help them to feel included have been summarised as part of the initiative:

Learning more about the facts;
Show patience, for example if someone is having problems with their words;
Include them in conversations;
Being kind and show respect;
Helping them to join in;
Be a friend. 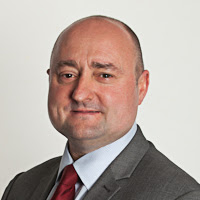 Convener of Health, Social Care & Housing – Ricky Henderson
Health, Social Care and Housing Convener, Councillor Ricky Henderson, said: “With the numbers of people with dementia inEdinburgh continuing to rise, it’s important to address some of the myths about dementia which can lead to people feeling excluded from the community.
“There are little things that everyone can do to support and encourage people with dementia so that they feel confident enough to continue with day-to-day activities such as shopping and getting out and about. This may be a friend with dementia or someone that they meet in the course of their job or in their local neighbourhood.  We need the whole community to get on board and help us makeEdinburgh a dementia friendly city.”
Helen Hay, Regional Manager of Alzheimer Scotland, added: “Many people don’t understand dementia and think that a diagnosis means that a person is immediately incapable of working or carrying on with their daily routine.
“The campaign will help break down some of the barriers people face when they tell others they have dementia. Simple things like being included in the conversation and being asked to take part in social activities like going to the theatre can make a big difference to a person’s quality of life.”
A number of activities will take place in the city throughout the campaign, including dementia awareness sessions with retailers, councillors, Council and NHS staff. Members of the public are also being urged to become more dementia aware by signing up to Alzhiemer Scotland Dementia Friends programme, www.dementiafriendsscotland.org
A ‘dementia friendly’ performance of Plutôt La Vie theatre company’s production ‘Clean Sweep’, co-hosted with the Festival Theatre, is one of the events planned. It will be attended by people with dementia, their friends and family and is specifically designed to provide an accepting environment and relaxed atmosphere for people with dementia.
Cerin Richardson, Learning and Participation Manager, Festival City Theatres Trust, said: “The Festival and Kings theatres have been developing work for children and young people with additional needs through their Relaxed Theatre programme and are delighted to be expanding their participation work to include people living with dementia and their families, so that they can take full advantage of the performances in our theatres.”