From the Daily Mail

Living in the North 'raises dementia risk': Lack of sunshine could be to blame

Living in the North could increase a person’s risk of developing dementia, research suggests.
Researchers said this could be because of lower levels of vitamin D among those who live in more northerly climes, as they enjoy less sunshine than in the South.
Vitamin D is produced when the skin is exposed to sunlight and low levels have previously been shown to increase the risk of Alzheimer’s.
Scientists from the University of Edinburgh said that it was likely that more than one environmental factor would have an influence – and that if they were found then rates of dementia could be halved. 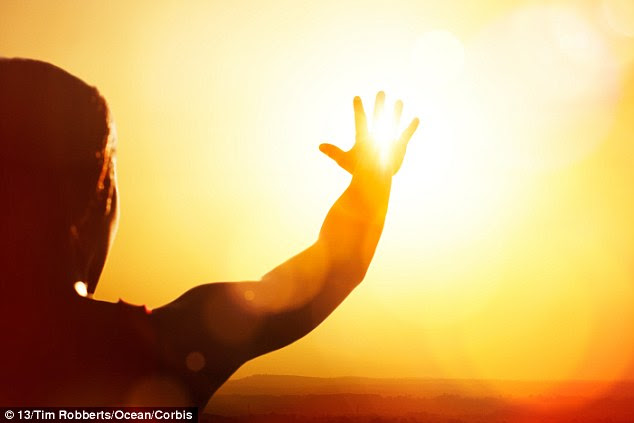 Copy link to paste in your message
+2
Researchers said living in the North raises the risk of dementia because of lower levels of vitamin D due to a lack of sunshine
They found a clear geographical divide in rates of dementia.
Among Swedish twins, those living in the north were two to three times more likely to develop the disease compared with those in the south once other factors such as age and gender were eliminated.

The same pattern was discovered when the research team looked at Scots born in 1921.
There was no greater risk of developing dementia linked to where people lived as children.
But by the time they reached middle age, there was a higher rate of the disease among those who lived further north.
Tom Russ, of Edinburgh University, said lack of vitamin D could be one reason for the link.
He said: ‘The north-south divide does make you think about latitude and it may be it is something to do with sunlight exposure and vitamin D – that is a possibility and it has certainly been linked to healthy brain function and dementia. 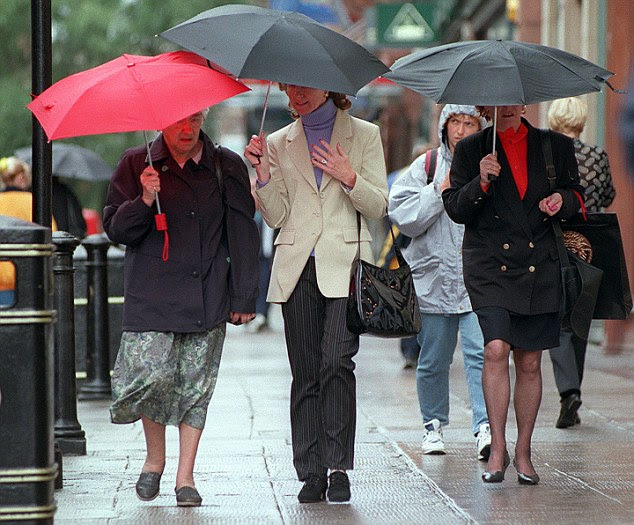 Copy link to paste in your message
+2
Researchers from the University of Edinburgh found a clear geographical divide in rates of dementia
‘Statistics have revealed that middle-aged Scots living in the Grampian area – around Aberdeen – are more likely to develop the disease compared to those who live on the border with England.
‘The next step is to pin down what these factors could be. Given that two to threefold variation, it is not going to be one factor – but if you could identify what these factors are and optimise them in the whole population, you could potentially halve dementia rates.’
Mr Russ stressed the study based on data for Swedish twins allowed the researchers to eliminate any genetic factors which might explain the north-south divide.
The north-south divide does make you think about latitude and it may be it is something to do with sunlight exposure and vitamin D – that is a possibility and it has certainly been linked to healthy brain function and dementia
Tom Russ, of Edinburgh University
He said: ‘In the Scottish study, everybody was born in 1921, so they will have experienced different things all at the same time – for example, they will all have been the same age when the NHS was introduced.
‘By middle age, there was a big variation across Scotland and it was a similar pattern: higher in the north and lower in the south.’
There are currently about 850,000 people with dementia in the UK, and the number is predicted to reach more than one million by 2025, according to the Alzheimer’s Society.
Research published last year found that older people with low levels of vitamin D were more than twice as likely to develop dementia.
The body makes most of its vitamin D from sunlight on the skin, but older people can be less efficient at doing this.
Although the vitamin is found in oily fish, and is routinely added to milk, diet accounts for very little of the nutrient that actually makes it into the bloodstream.
Other studies have also suggested that those with a vitamin D deficiency are more likely to experience cognitive problems.
Lindsay Kinnaird, research manager at Alzheimer Scotland, said: ‘If we are able to identify environmental risk factors, then we have the opportunity to make adaptations to lifestyle that can minimise their impact.’