The old photos helping trigger memories in people with dementia

The old photos helping trigger memories in people with dementia 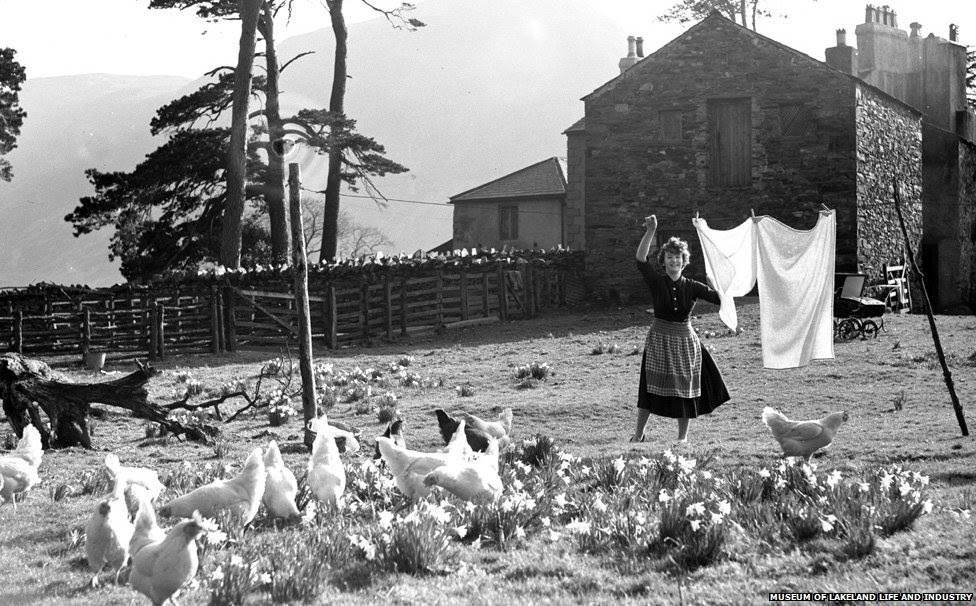 Pictures taken by a little-known photographer between the 1930s and 1960s have found a new use helping to trigger memories and reminiscences among people with dementia.
When Joseph Hardman died in 1972, his wife donated almost 5,000 glass negatives to the Museum of Lakeland Life and Industry in Kendal, Cumbria.
The stunning images document decades of daily life from all over the Lake District - from antiquated farming techniques to beautiful landscapes.
And now they've been used to help a group of people living with dementia in the region - taking their own versions of his images and using them as a catalyst to reminisce about their lives.
Hardman moved to the area in 1911 and between the 1930s and 1960s he covered up to 200 miles a week in a taxi canvassing the region and selling his photos to local newspaper the Westmorland Gazette, according to the museum.
The idea behind the project was simply to follow Hardman's footsteps over a five-week period, says Anne-Marie Quinn, who ran the sessions and works for Lakeland Arts. So just like Hardman himself, the group took taxis everywhere, indulged in the tea and cakes he was fond of, and visited some of his favourite places.
One such place was Dora's Field in Rydal, made famous by the poet William Wordsworth. 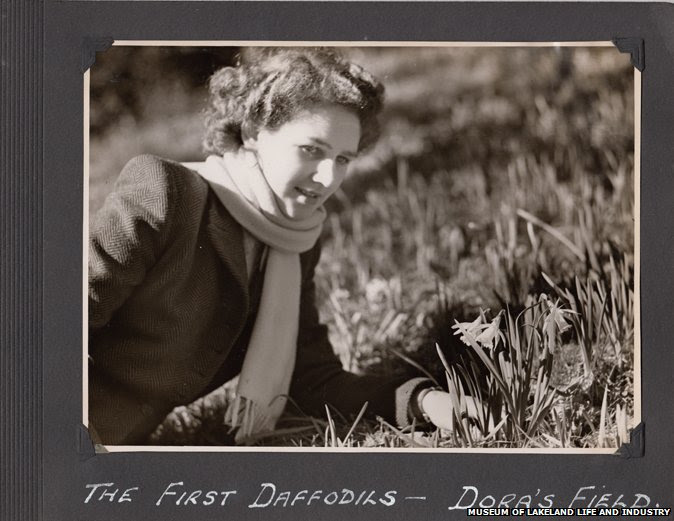 "That was also a trigger for Wordsworth's poetry, tapping into people's deep long-term memory - a lot of this generation learnt that poetry by heart," says Quinn.
As locals of the region, images of the landscapes particularly resonated with them, she says.
Upon passing through busy traffic in Bowness, one person remarked to Quinn how she'd always wanted to live by the lake. The memory preceded anecdotes about how she had once cultivated a garden and could name all the different types of trees.
"It just triggered really valuable conversation that gave you a sense of this person, rather than this person with dementia," Quinn says. "That was really powerful."

Improving dementia memory therapy, part of a week-long series by Inside Out, was broadcast on BBC One North East & Cumbria, Yorkshire & Lincolnshire, South West and West on Monday 13 October. It will be available on the iPlayer for 30 days.

Joyce Grosvenor, who still lives independently, spontaneously began writing in shorthand again - she hadn't used it for years. Grosvenor didn't even realise she was doing it until Quinn saw her scribbling in her diary. Grosvenor later used her rediscovered skill to design her own memory map of their journey, including the words "wonderful" and "life-enhancing".
A 1953 photograph of Abbot Hall revealed an outdoor dancefloor in front, where there is now an oval-shaped lawn. People used to celebrate on the dancefloor during events such as VJ Day at the end of the war or the Queen's coronation, explains Quinn.
"That led us to question what songs were being sung, tapping into a sense of fun," she adds. Soon the group were singing a rendition of Some Enchanted Evening, from the 1949 musical South Pacific.
"Every time we met there was singing - triggered by conversations about what musicals were about at the time," Quinn recalls. 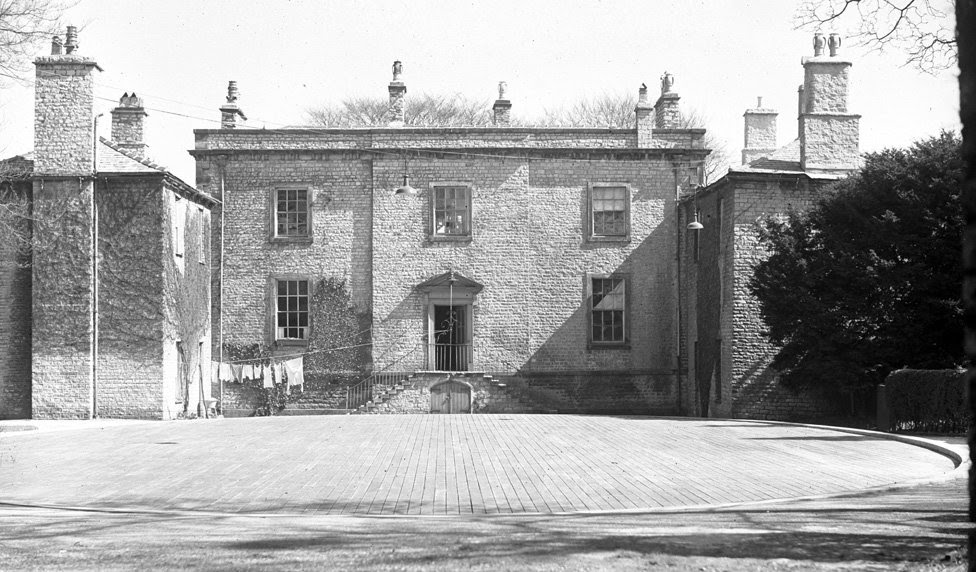 Abbot Hall with its outside dancefloor 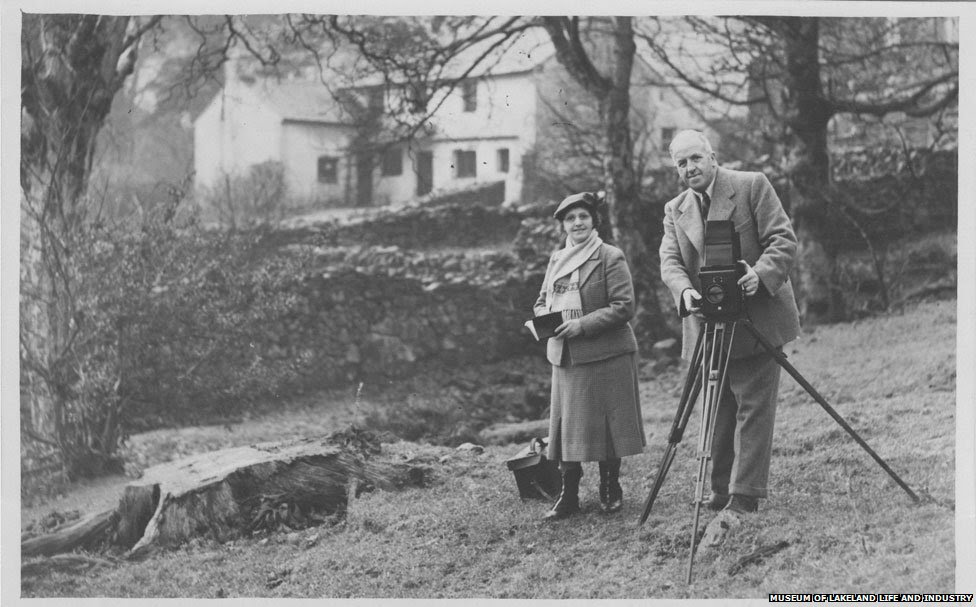 Joseph Hardman recorded the traditions of Lakeland life
Reminiscence therapy is a burgeoning part of dementia care, says Martina Kane of the Alzheimer's Society.
"[Many] deep-seated memories have a lot of emotion attached to them," she says. "You can tap into someone's positive emotions of their past and that can bring some positive emotion to them."
"In the dementia care world reminiscence is up there as one of the leading groups of therapeutic approaches," explains Prof Bob Woods, an expert in the clinical psychology of older people at Bangor University.
"Essentially it's a good way of facilitating communication, and so it helps people to feel more socially integrated and comfortable," says Woods. This is often as important for the carers as for those with dementia, he says, allowing them to see the person beyond the disease.
Aside from emotions and familiarity, the nature of dementia often means it's easier for people to recall older memories than quickly bringing to mind day-to-day events, Kane adds.
And talking is typically less powerful than having something that people can look at, pick up and feel, says Woods, even if the person doesn't necessarily recognise exactly what it is. "It starts off a process of talking, sharing and communicating."
Photographs are just one way to stimulate memories. Songs and poetry often came out of conversations inspired by Hardman's photos, says Quinn. 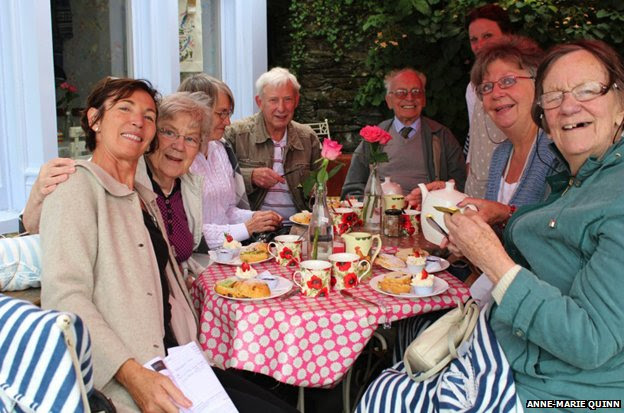 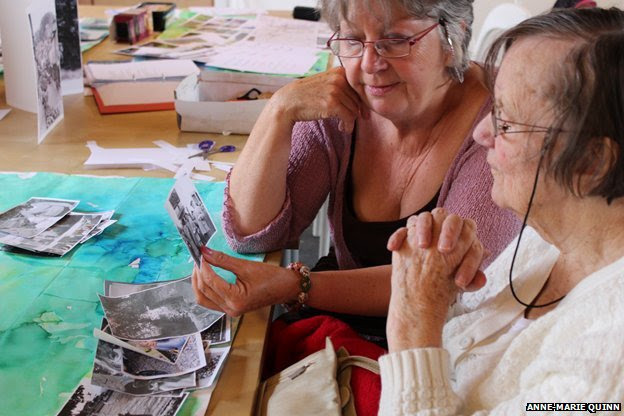 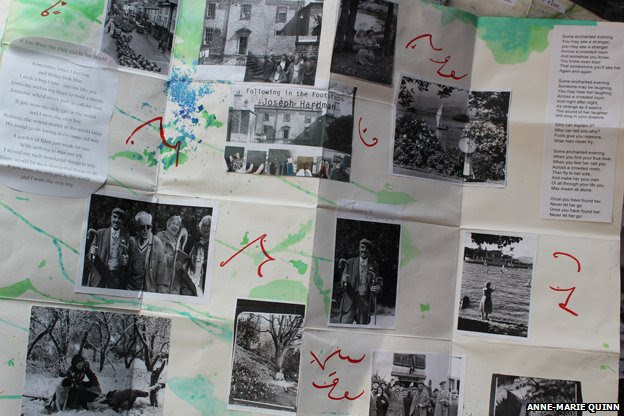 "Music can be a really powerful trigger," explains Kane. It's not uncommon for talented musicians to continue playing long after other parts of their brain have deteriorated, she adds.
Videos of events like the Moon landing can be equally powerful, Kane says. Sometimes just a football or quilt is enough, she adds.
In the group's case, they used props appearing frequently in Hardman's collection. "Using the parasol was always lovely," Quinn says, "it rooted them in [time], like shining a little light on the past."

Of course not all memories are happy ones.
The song If You Were the Only Girl in the World reminded Grosvenor of her father singing it to her sister, explains Quinn. "That had quite a sad memory because her sister died [young] and so it was very poignant."
It could be considered a gamble bringing up memories without any idea of what may surface.
"But it's not necessarily a bad thing if a person becomes emotional in a different way," says Kane. "It's important to let people tell their story [and] making sure you acknowledge someone's feelings."
"One of the main advantages of reminiscence therapy is that it's really person-centred, it can be very individualised - so it's going to depend on the person and what their memories have been," she adds.
Kane says that although it's becoming more common to use this type of therapy, it's more prevalent in social care settings than healthcare. "It's still something we'd like to see an awful lot more of."
A US study last year found that songs from classic musicals - such as The Sound of Music, The Wizard of Oz and Pinocchio - helped improve brain function in Alzheimer's patients.
And a Dutch dementia care "village" has experimented by having different houses each designed to evoke various eras and styles.
A lot of it is about familiarity, says Woods. Many care settings in the UK also have "down memory lane" sections, he says. 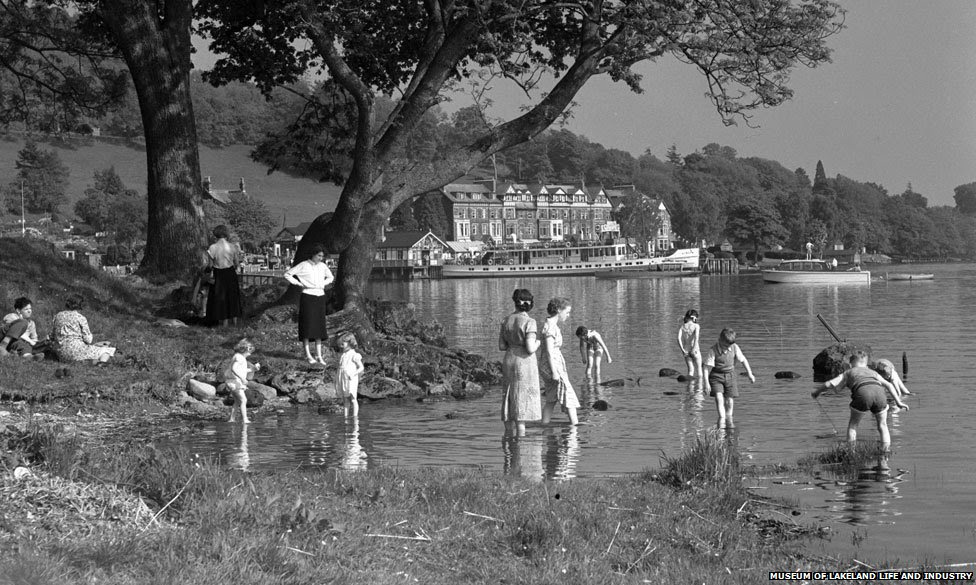 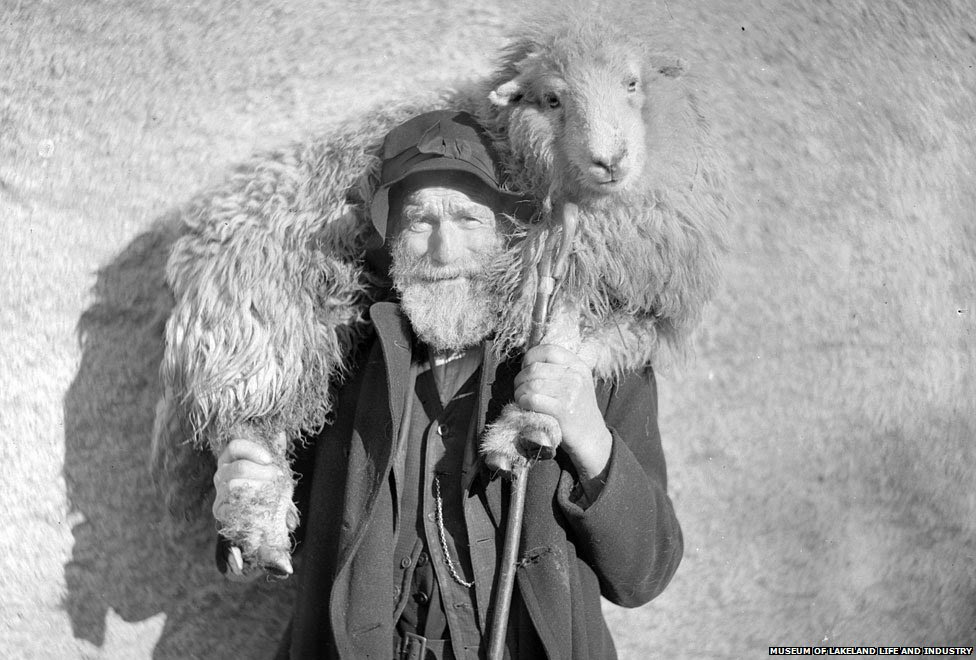 But for Quinn, the project was always about more than just reminiscence - she was interested in the present and forging new memories as well.
"I was trying to [create] a project that would generate wonderful experiences," she says.
"When dementia compromises your capacity to retrieve memory, people still have an imaginary and emotional life and actually you can find out a huge amount about a person by working with that."
"The point is to enable communication and a sense of identity in the present," agrees Woods. The past forms part of everyone's present identity to some extent, he adds.
And one coincidence ensured that the group witnessed the past and present intertwine in less abstract form.
"One of the special little moments that none of us could plan for was that we met - just by chance - one of Joseph Hardman's models, who [had] modelled in her late teens in 1948-1949," Quinn says.
Delia Shaw featured in many of the photographs and ended up meeting the whole group. She'd been an evacuee to the region and it also turned out that she'd known fellow evacuee Annette Dunlop, a member of the group, decades earlier.
Quinn believes that the real benefits of the project were social. "The connection between everybody, the friendships that people made - and the laughter was just incredible."
"The company" was the best thing about the experience for Dunlop.
"It's been wonderful," agrees Grosvenor.