Internet use may be helping beat dementia:

Internet use may be helping beat dementia: Brains of the over-50s found to decline more slowly if they regularly go online

Surfing the internet and sending emails can prevent memory loss in the elderly and may already be helping in the fight against dementia in Britain, say scientists.
An eight-year study of almost 6,500 Britons aged from 50 to 90 found that the brains of those who regularly go online are declining more slowly than those who do not.
Even though they would benefit the most, the elderly are less likely to be connected online than any other age group. 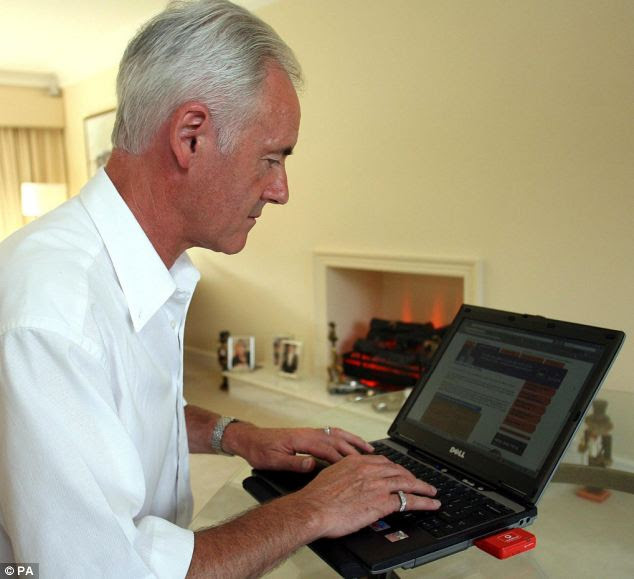 Beneficial: Surfing the internet and sending emails can prevent memory loss in the elderly and may already be helping in the fight against dementia in Britain, say scientists (file picture)


The study was conducted by Brazilian researchers using the English Longitudinal Study of Ageing and published in the Journals of Gerontology.

Over eight years, the mental abilities of the 6,442 people were measured alongside other factors that could affect their ‘cognitive decline’ such as illness, wealth and education.

They were given recall tests on a series of words with different amounts of time in between being asked to remember them.
The researchers said that those who were current users of email and the internet were 3 per cent better at recalling the words than non-internet users.
They said: 'Increased use of internet and email was associated with significant improvement in delayed recall over time intervals.

'People who were current users of the internet and email presented an improvement of 3.07% in delayed recall when compared with those who were nonusers.' Copy link to paste in your message
Struggle: Memory loss typically begins in adults aged between 45 and 60 and can be affected by illnesses

Digital literacy – defined as the ability to plan activities online – employs more of the brain’s cognitive networks, exercising the muscles in the brain to keep them healthy.

The findings should be used by government's to increase their efforts to get the elderly online as they install broadband across their countries, said the report.
Memory loss typically begins in adults aged between 45 and 60.

Aside from ageing, it can be affected by illnesses like diabetes or poor nutrition, said the scientists.

It is estimated that 56 per cent of Britons aged 65 to 74 have internet access.