I read this in the news press yesterday, and wondered whether these people really know anything about Dementia.

To me this is red tape which has gone too far and this needs to be looked at again. The reason I say this is, why is it so bad for care homes to have pictures on a wall, when art galleries, libraries, and other public places, do it all of the time and no one says anything about it.


Are these people saying that every home with pictures on the wall are fire hazards, and if so why has it never been said before


I think that its time to look at all fire and health and safety regulations again, and try to remove some of the stupidity we see and hear every day

It is clear to me as someone who used to do health and safety as my job as an engineer that this work is now being done by people who have little or no real knowledge of real life, and this must be sorted out because the UK is rapidly becoming the laughing stock of the world with every little idiot telling us what we can and cannot do even though they have no real idea themselves


A CARE home has been turned into a prison by fire safety zealots, angry healthcare workers have claimed. 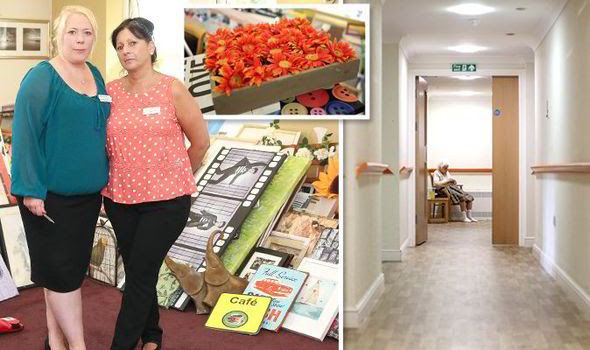 The pioneering nursing home was one of the first in the UK to use paintings to inspire, calm and motivate residents coping with end-stage Alzheimer's.

But they were told by a fire inspector to take down the art leaving elderly residents so upset that some have refused to eat their meals.

Other dementia sufferers have started wandering the corridors of The Clipstone Hall Residential Care Home in Mansfield, Nottinghamshire aimlessly.

Care home manager Linda Britain, 38, said: "At the end of the day we are a home, not an institution or a hospital, and now it feels more like a prison." 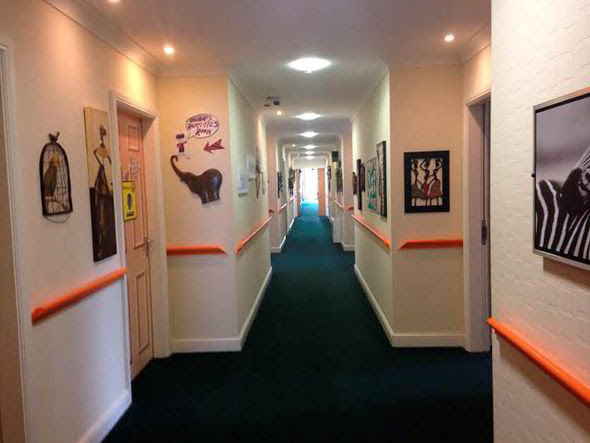 Staff at the nursing home had worked with the Alzheimer's Society to pioneer the art-based treatment following a campaign from relatives.

All the displays, which were devised by dementia experts, could have been touched by residents as they walked the corridors.

But employees said the formerly bright and cheerful atmosphere has completely changed - and it is distressing residents.

Ms Britain said: "People who suffer from dementia tend to walk up and down corridors aimlessly, in a world of their own, and it can be very difficult for staff to interact with them.

"But having these visual aids, as well as the textured pieces, means staff can bring residents out of their shell by asking them questions, or asking them to describe things."

Ms Britain said removing the art from the walls has had a "devastating impact" on elderly residents.

She explained that one woman used to suffer anxiety attacks when she was asked to enter an area full of people but the paintings helped calm her down. 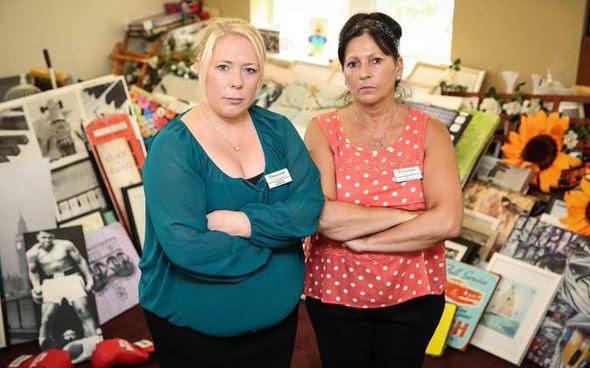 Linda Britain and Diane Lilliman from Clipstone Hall Residential Care Home [ROSS PARRY]
Ms Britain said within 20 minutes the art had helped remove her anxiety but now the paintings have been removed she stays tense for up to three hours.

She said another resident cries every night now the walls are bare because she thinks the care home has been burgled.

Joyce Banbury, 62, visited her 92-year-old mother Annie Addis at the care home until she died a year ago and now volunteers at Clipstone Hall.

"The people who go into these places are going in there to die and if their last few months can be made a little happier then that should be the priority.

"We had a meeting with the fire inspector last week and he really wouldn't listen - it just makes you think that he has got it in for us for some reason." 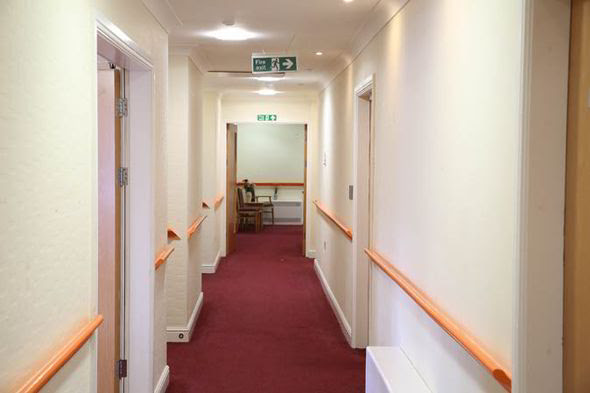 Bosses said the care home now looks like a prison without the paintings [ROSS PARRY]
Ms Britain added Nottinghamshire Fire and Rescue's reasons for ordering to remove the art has not been explained in a way that they fully understood.

She said: "They just told us that, as the corridors were escape routes, they had to be 'sterile'.

"Their concern was not that the displays would catch on fire, but that increased heat could cause more smoke from the displays.

"But the spray that treated the displays guarantees four hours of fire and smoke resilience - which is over three hours longer than the fire doors can offer, so it seems pointless to me.

"We've had these displays up for four years now and there's never been a problem with it before." 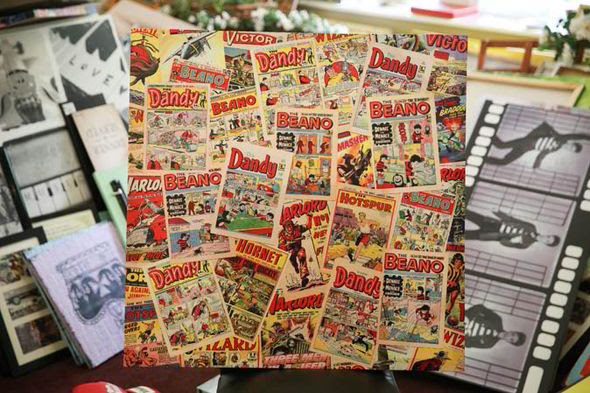 A selection of the art removed from the care home [ROSS PARRY]
Sherwood MP Mark Spencer said he has written to Nottinghamshire's chief fire officer asking him to over-rule the decision.

He said: "I went to look around the home quite recently and one of the things they are really proud of is the artwork on the walls.

"It's not just that it looks nice, it's really important for the residents - it' s the familiarity of the images that are genuinely beneficial.

"What we have is an overly enthusiastic member of staff at Nottinghamshire Fire and Rescue who hasn't got the balance right."

The Alzheimer's Society said it was "disappointing" the art had been removed from the care home.

George McNamara, Head of Policy and Public Affairs, said: "It is disappointing that the art work has been removed.

"Fire safety and a vibrant and engaging care environment are both important issues, but in this case they haven’t gone hand-in-hand.

"Reminiscence, in the form of pictures or other visual aids, can be a valuable tool for communication and engagement with someone with dementia, as well as giving that homely feel.

"Hopefully a compromise can be found that enables residents to continue art-based activities whilst not increasing any potential fire risk." 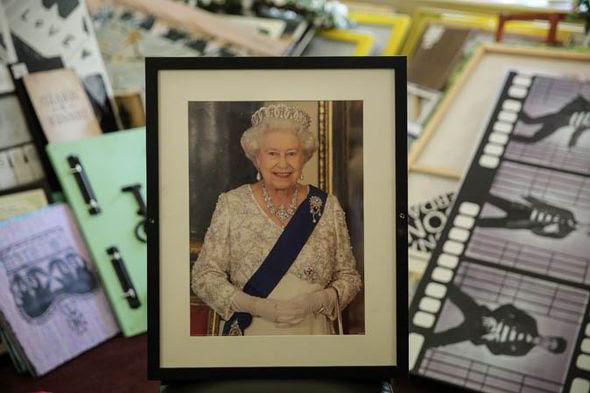 The Alzheimer's Society said it was "disappointing" the art had been removed from the care home [ROSS PARRY]
Vic McMillen, who is in charge of Nottinghamshire Fire and Rescue's fire protection team, added: "All business owners have a legal obligation to ensure their premises, and all those who use them, are protected from fire.

"We are happy to work with any business owner to help them interpret the current guidance so they can continue providing stimulating and comfortable surroundings without comprising people's safety."