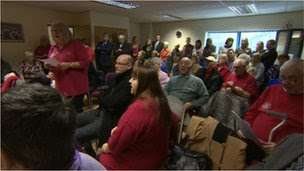 The Buy a Brick for BIADS appeal raised more than £36.000 in eight months


A dementia support centre entirely funded by voluntary donations has been officially opened in Barnsley.

More than £36,000 was raised in eight months by Barnsley Independent Alzheimer's and Dementia Support (BIADS) to fund the centre.

The charity, founded in 2009, offers support and activities for people with dementia and their carers.

The charity launched its Buy a Brick for BIADS appeal in March enabling it to acquire the lease and refurbish the building.

Linda Pattison, chief officer at BIADS, said: "Our dream of opening our own dementia support centre has come true.

"Everyone connected with BIADS is extremely proud of the progress we have made in such a short time."