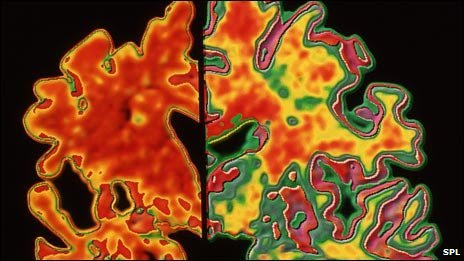 An updated version of Scotland's dementia strategy is being launched by the health minister.

Dementia is a syndrome associated with damage to the brain, which can affect people's memory, language and understanding.
The condition, which is reasonably common, usually affects people over the age of 65, and many sufferers rely on support from relatives and friends.
People with the condition can sometimes have trouble controlling their emotions or handling social situations and need help to make decisions.
There is currently no cure for dementia and related conditions like Alzheimer's disease and symptoms become worse over time, although there are treatments to help people better cope.

There are about 86,000 people in Scotland with dementia, mainly people with Alzheimer's disease.

The current strategy set out to improve the care and treatment of people with dementia.

It focused particularly on getting better hospital care, and giving more support after diagnosis.

The strategy stated: "Improvements in each of these two areas will bring immediate beneﬁts to people with dementia and their carers, as well as improving efficiency and quality of the care system, releasing resources to improve access to care."

It added: "This strategy has long-term objectives, but there is an immediate focus on action over the next three years."

An implementation group has been monitoring how these care standards have been operating, and Mr Neil is set to outline revised guidelines.

At the time of the strategy's launch in June 2010, it was estimated dementia cost health services £1.7bn a year.