Showing posts from March, 2017
Show All

- March 27, 2017
After the news in the media during the last few days, I think it's time that elderly people had their eyes etc tested on a regular basis.Failing that I do feel that the DVLA should insist on all  drivers from a certain age, being required to have a fitness to drive medical. This is turn could be linked into your insurance, so that you get a premium if you are fit, and the insurance is blocked if you are unfit.It seems there are far too many people on the road who are unfit to drive, yet no one stops them until it's too late, or when it's obvious that they should have been stopped, by their own family  or the medical profession. People with dementia etc, have to report their condition to the DVLA, "Driving and Vehicle Licencing Authority" after which they can lose their driving licence, or they are required to reapply for their licence every year, and this is supported by a letter from the persons doctors etc While most if these people accept this advice and move …
Post a Comment
Read more

- March 19, 2017
On Saturday we went to Durham Cathedral to see the Treasures of St Cuthberts exhibition.We were interested because our own Church, St Mary and St Cuthberts,  in Chester le Street was the original cathedral before Cuthberts coffin was moved to Durham.I confess that I was not feeling too good, but we thought the change of air and exercise would do me good, so we went.Getting up the hill took a few attempts because I was totally shattered, but in the end we got there.I did not take my camera with me because of the need to get a permit which costs £15, but in all honesty I did not think I would be on a good state to use it when we got there. So  I decided against taking it. There is a small bus which runs to the cathedral from the bus station on most days, but we had missed it, and as the next one was half an hours wait, I decided that we should just go before the cathedral got too busy. I enjoy being there because there is so much to see, and I never get tired of looking around as it'…
Post a Comment
Read more

- March 17, 2017
Over the last few months we have heard lots of stories about the health service being I a crisis and it makes me wonder when it will all end.It seems that this government is moving money around from one place to another and I don't  every remember this happening before.We came home from our daughters last night,  we found a letter from the chest consultant explaining that things were worse than we expectedIt also stated the changes in medication for the Bronchiectasis/ Emphysema/ and Asbestos related problems, but did not state whether I had to stop my other inhalers etc.So we thought it best to go and ask at our doctors first, to ask the questions, and then get the prescription However this morning  when my wife went to ask for a doctors appointment, where we could ask about the changes to the medication, and whether I carry on taking the other inhalers as usual she was told that there was no doctors appointments for 3 -4 weeks?They also said that the letter, "if they had re…
Post a Comment
Read more

James Illingworth Email 15:33 Wednesday 01 March 2017
A community support group for Wiganers who suffer from chronic respiratory problems will relaunch this month at a new venue.

- March 13, 2017
Today I managed to confirm the dates for going back to giving "Living with Lewy Body Dementia"  presentations to Graduate Nurses at Northumbria University I have not been able to do this for a year or so because of the problems with the diagnosis, and my recurring chest infections.But as my diagnosis is all sorted out, and my medication for chest problems is being sorted out so  I am now able to start again.It's been a difficult time, but over the last two new months I have been able to get some control over my life again which is goodI do now, have the new diagnosis of "Emphysema" and "Bronchiectasis" along with the Lewy Body Dementia, but I am sure that this will sort itself out very soon once I get started on the new medication and physiotherapy or Pulmonary rehabilitation as it's called.I do feel that it's very important talking to nurses like this, because they are able to get information from someone with the illness,  and that's mor…
Post a Comment
Read more 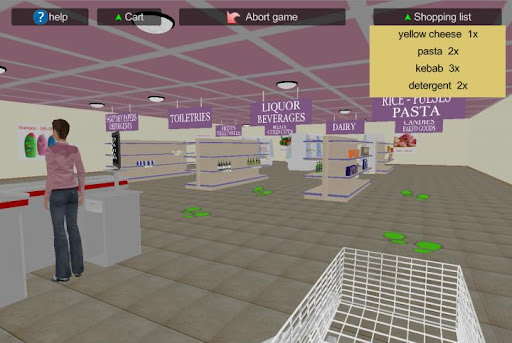 - March 12, 2017
This week I got the news that my lungs are in a worse condition than I expected.

I had been told last year that I had Bronchiectasis, which was caused by
childhood illnesses, like Whooping cough, and mumps, and I thought that was bad enough.

While I remember my mother talking about me being ill as a child with these illnesses, I never really understood what impact it could have in later life

These illnesses did the initial damage, and now it seems that I  now have Emphysema, which was caused by the health damage in those early years, smoking and then industrial pollutants, asbestos, and wood dust etc.

When I look on the internet these days, nearly all of the products we used, or were involved with, are now classed as hazardous, or in many cases cancerous, like many of the timbers in use at those times.

I also did Wood Carving and Wood Turning as a hobby before I became ill in 2001, and I guess that as most of these timbers were hardwoods, and in some cases exotic timbers from foreig…
Post a Comment
Read more

- March 10, 2017
After a diagnosis of something like Lewy Body Dementia, it can be very  confusing when things like tastes change.For years  loved classical music and found it relaxing. I also like pop music from the 1950 -60s.My tastes in music have changed slightly these days, but while I still like classic music, I now find, that I also like things like Freddie Mercury and Queen,, along with Rick Wakeman, and many others that would have been classed as rock or heavy metal. Although these have been around a long time, it was not my sort of taste, which seems very strange However I have noticed that although I loved to listen to classical music during the night if I wake from a graphic nightmares,  I have had to remove some music for my         I pod player,  because it was causing more problems when I was asleep. My wife thought it could have been changes in the style or speed of the music, but sometimes it sent me into another nightmare. My tastes in food has changed quite a lot, something that I g…
Post a Comment
Read more

Learning to cope with an illnesss

- March 06, 2017
Written over Christmas It's  very difficult, when you are diagnosed with any serious illness, because you can sometimes feel all alone.It's also possible that you don't know where to turn for support for advice, or support. There are many websites around the internet for illnesses, many are dedicated to one particular illness or another,  where some cover a few types of illness, like dementia.However not everyone can use a computer, let alone get access to the internet, so it becomes difficult.Sometimes local hospitals have information displays with leaflets. Failing that your local library may be able to help.Sometimes people would rather sit down and speak face to face with someone, rather than speaking to a person over the telephone, but I suppose that is because you are talking to a total  stranger about your own personal health problems, and that can put extra stress on to you,  or a loved one.If you are talking to a stranger you may well forget all of the questions y…
Post a Comment
Read more
More posts